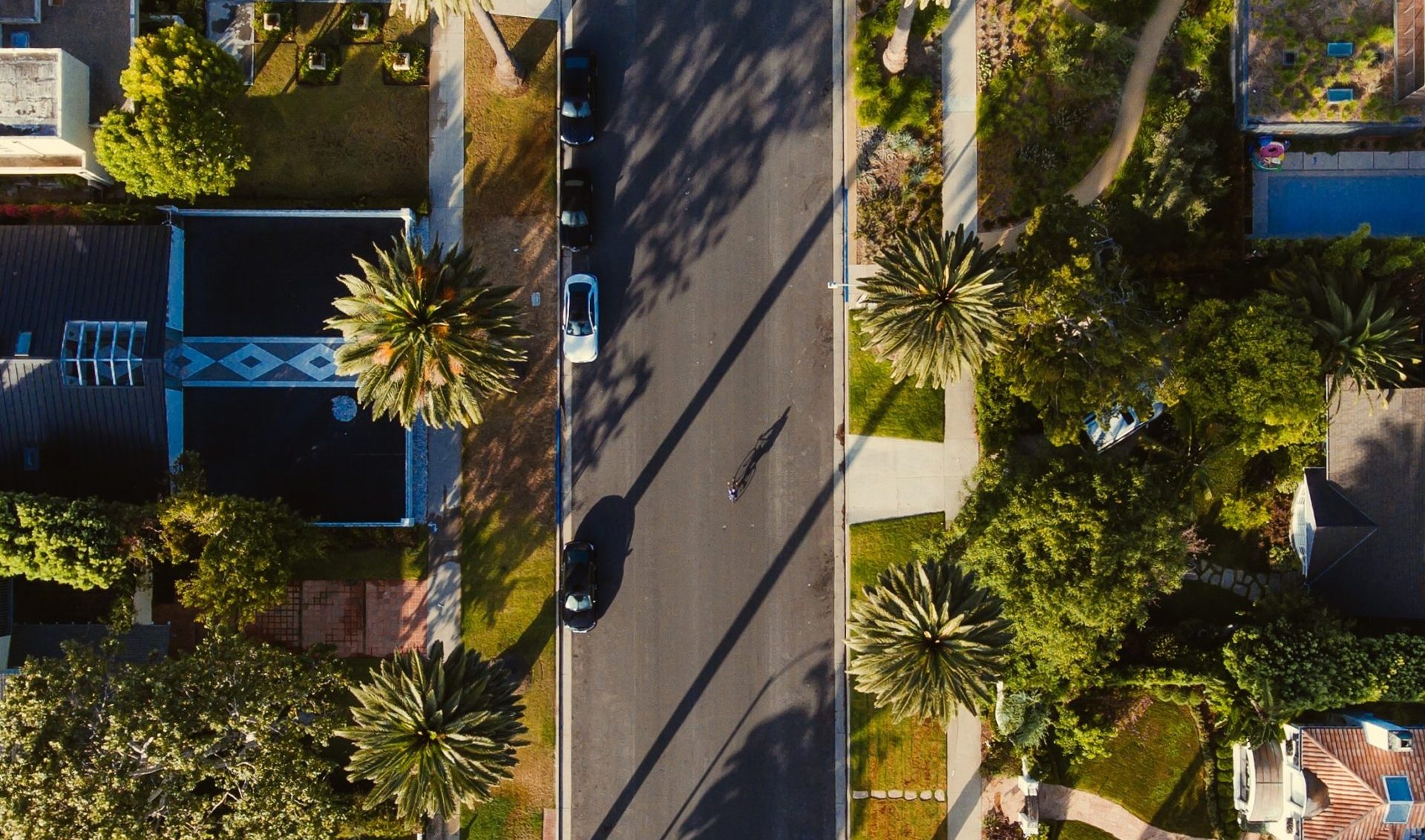 Should Cities Use Cooler Pavements?

Hint: there may be better tools

The last eight years have been the hottest on record. In early September, scorching temperatures reached all-time highs in much of California, with many cities clocking in at over 110 degrees Fahrenheit. Last year, the Pacific Northwest experienced its own unprecedented heat wave, with regions typically known for temperate climates enduring their own sweltering conditions (121 F in British Columbia, for example). These developments are concerning. Heat is not only the leading weather-related cause of death — more than 1,400 people died during the 2021 heat wave — but also one of the greatest climate injustices facing our nation:  Residents of low-income areas and communities of color are more likely to die or become ill from heat exposure.

Climate scientists have known for decades that urban regions can be hotter than outlying areas because cities have large concentrations of impervious, dark-colored (or “low-albedo”) surfaces like buildings, parking lots, and roads. These surfaces absorb incoming sunlight and slowly radiate it back into the atmosphere throughout the late afternoon as heat, creating what are known as urban heat islands.

Asphalt streets, at least superficially, are a logical target for such intervention. Streets are an abundant type of low-albedo surface, accounting for 18% of urban land area in large counties nationwide. They are also, unlike many other low-albedo surfaces (like parking lots and roofs) publicly owned, so cities can move quickly to change them. Cities around the world have begun resurfacing streets with high-albedo “cool” pavements that immediately reduce surface temperatures by more than 18 degrees F in areas without shade. Los Angeles, for example, has been pursuing a cool pavement pilot program to resurface some of the 7,500 miles of streets in its road network in neighborhoods that typically see triple-digit summer temperatures. The idea is simple: As more cool pavement gets laid down, the city itself cools off.

The reality, however, is not so straightforward.

The urban heat island is, in one respect, a climate science success story. It is a highly technical concept that has entered mainstream planning lexicon, and guides climate action in major cities. But it can also be a misleading concept. It’s easy to think of the heat island as a linear relationship between low-albedo urban surfaces and warming (e.g., more dark pavement, more urban heat). But this only holds true if specific conditions are met, and reducing the urban heat island is not always the same as reducing urban heat.

The idea is simple: As more cool pavement gets laid down, the city itself cools off.

The reality, however, is not so straightforward.

A first complication is that the urban heat island is a regional phenomenon: It suggests, for example, that the urbanized portion of Los Angeles County will be hotter than its undeveloped fringe. Street surfaces can contribute to this difference, but the heat island is not the same as local temperature — how hot it feels, for instance, in a 10-block area within the city. Streets influence this local climate, but not as much as the availability of shade (from trees or buildings) or the presence of grass and other vegetation (which can cool the air by transferring water into it). Thus two areas with identical street grids can have very different local temperatures, depending on what those streets are surrounded by.

A second issue is that scientists measure the urban heat island through a combination of air temperature (weather reports) and what is called land surface temperature (an indicator for the skin temperature of the Earth, which is measured with satellites). These aren’t the only ways to measure or describe urban heat. Although it might seem counterintuitive, heat is a process, and different ways of capturing temperature measure different aspects of it. Not all of those ways, moreover, are positively correlated. A high land surface temperature, for example, isn’t necessarily accompanied by a high “mean radiant temperature”, which is a primary metric scientists use to describe how people experience heat.

These complications together suggest some potential problems with trying to reduce urban heat via cool pavement. One problem is that streets, while the largest publicly owned source of low-albedo surfaces, may not by themselves be a big enough source to meaningfully influence regional heat islands. Buildings and parking lots account for much more surface area, and do much more to drive the heat island effect. In our own research, we have shown that neither wider streets nor higher volumes of land used for street rights-of-way, for example, accurately predict higher land surface temperature at a regional level. This finding holds true for a variety of urban and environmental contexts in Southern California. This suggests that any small reductions in heat that come from cool pavement could be outweighed by the continued presence of low-albedo roads and parking lots.

Streets may not by themselves be a big enough source to meaningfully influence regional heat islands. Buildings and parking lots account for much more surface area, and do much more to drive the heat island effect.

By itself, that doesn’t argue against deploying cool pavement; it might just mean cool pavements won’t be as effective as initially hoped. Here, however, the second complication comes into play. Temperature can be measured in different ways, and those different ways aren’t always correlated with each other. It’s possible to lower the surface temperature and raise the mean radiant temperature — to reduce the heat island while making people outside less comfortable. Light-colored surfaces do that. Precisely because they are high albedo, they make people feel hotter by reflecting radiation — on a hot day, pedestrians will experience both direct heat from the sun and strong, immediate reflected heat from the pavement. While some companies are working on cool pavements that don’t have this unfortunate side effect, these products remain in development, and are yet in mainstream use.

So what should cities do? At a local level, policymakers may want to focus less on the urban heat island, which is a real but relatively abstract concept, and more on the comfort of their residents. That means focusing less on ground cover and more on shade. Cities should plant trees, and also use objects like umbrellas and shade sails. These interventions can dramatically reduce how hot a local area feels. Shade — especially coming from buildings and canopies, or drought-tolerant trees that require little water — isn’t saddled with the tradeoffs of cool pavement. Repaving streets or parking lots with cool pavement might have little effect in areas that are already shaded (the sun doesn’t hit the pavement anyway), and repaving streets or parking lots that don’t have shade will make them feel hotter to pedestrians. Shade, then, is the more effective approach to mitigating both surface temperature and mean radiant temperature.

To be clear, cities shouldn’t abandon cool paving programs. In certain contexts, such as large parking lots, cool pavement may be the most effective intervention available. And there still is reason to believe that widespread deployment of cool pavement can reduce regional air temperature by several degrees Celsius. But cities using cool surfaces should try to use them in concert with other strategies, like vegetation and shade. It will be a balancing act, but regional albedo priorities should not outweigh local cooling for pedestrians, especially in disadvantaged neighborhoods.

Cities should work to make their neighborhoods cooler; doing so is an urgent matter of public health, and often of social justice. Efforts to address urban heat, however, must account for heat being a process with multiple dimensions, and account for the ways those different dimensions interact with each other.

V. Kelly Turner is an associate professor of urban planning and geography and co-director of the Luskin Center for Innovation in the UCLA Luskin School of Public Affairs. Her work focuses on urban land, its management, and heat.

Ruth Engel is the project manager for environmental data science at the UCLA Luskin Center for Innovation. Her research is focused on distributions of urban land use and ecosystem services.

Adam Millard-Ball is an associate professor of urban planning at UCLA. His research and teaching focus on transportation and climate change.

“Pssst, Babe, Will You Ride the Bus with Me?”

Where You Go When Your Car is Home