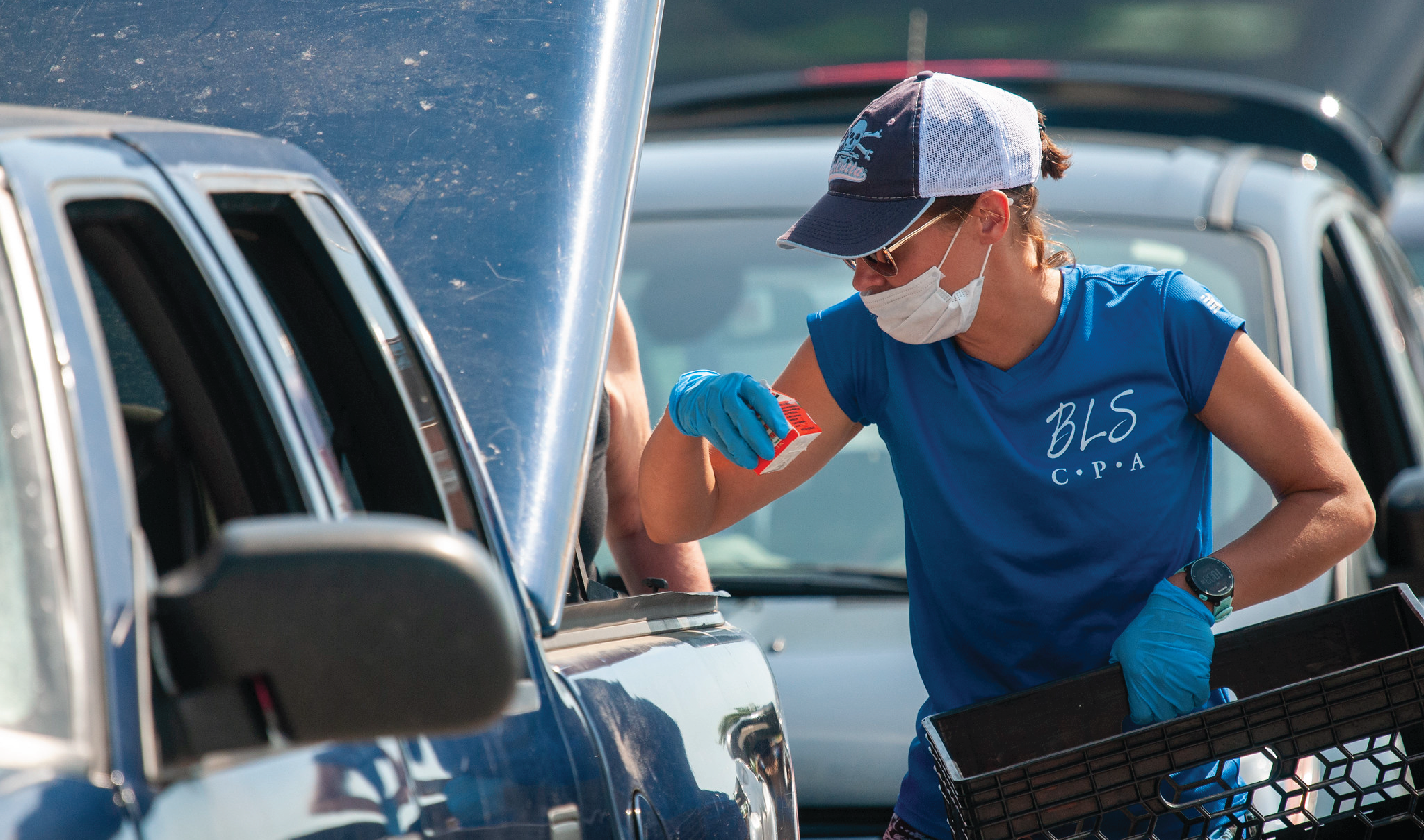 The Problem with Drive-In Services — Now and After COVID-19

In response to the health risks of COVID-19, states are restricting indoor activities and the size of group gatherings. Businesses must rethink how they offer their services. Social service agencies and schools must also adapt in how they get food to people who rely on food banks and free and reduced-priced school lunches. Many are turning, as a solution, to two classic American inventions: the drive-in and the drive-thru.

In the early 1930s, Richard Hollingshed invented the drive-in movie theater from his home in New Jersey. Hollingshed thought drive-ins would bring movies to a broader audience, by overcoming the obstacles that prevented many people from going to theaters: needing childcare, difficulty parking, small and uncomfortable theatre seats.

In 1948, right around the time drive-in movies reached their peak popularity, Harry Snyder invented the drive-thru restaurant, with his first In-N-Out Burger. At this point people were already eating at drive-in cafes; what Snyder invented was a two-way intercom that let people order their food without leaving their cars.

Given the convenience and privacy of the automobile, it is no surprise that drive-ins and drive-thrus have surged during COVID-19. This fall, people could traverse spooky Halloween drive-thru trails, visit drive-thru pet sanctuaries, and view entire independent film festivals from their cars. Governments and healthcare providers, meanwhile, are offering drive-thru food distribution, COVID-19 testing, and flu shots.

The problem with all of these drive-thru innovations is implied in their name: you can’t take advantage of them if you can’t drive. Without a car, you can’t see the elaborately carved pumpkins, smile at the rescue cow, or enjoy most outdoor movies. There are worse things, of course, than being denied access to a drive-thru burger, or to an Instagrammable haunted Halloween drive-thru. But it is much more concerning if you can’t get food from the food bank, or know if you have tested positive for COVID-19.

In the United States, a nation built in many ways for people with cars, people without cars face large barriers to opportunity. They can reach fewer job opportunities within a reasonable amount of time. They have trouble getting to healthcare. Those who are parents have a harder time getting their children to after-school activities, key to childhood development — and fun. For those without cars, the everyday mobility that many take for granted is a constant negotiation, one that involves cobbling together walking, transit, and rides in the cars of friends and family.

In the United States, a nation built in many ways for people with cars, people without cars face large barriers to opportunity.

Nor are these obstacles distributed equally across the population. Over 10 million American households do not own a car, but carless households are twice as likely to be made up of people of color, with Black households having the lowest ownership rates. Because of these racial and socioeconomic disparities, drive-in and drive-thru systems are intrinsically exclusionary, and disproportionately harm Black people, poor people, older adults, people with disabilities, and recent immigrants.

Precisely because drive-thrus encourage and require driving and automobile-oriented design, some cities, before COVID-19 struck, were taking steps away from them. Minneapolis, for example, prohibited the opening of new drive-thru facilities after 2019, saying they were inconsistent with the city’s long-term plans to reduce greenhouse gas emissions. A handful of other cities in California, Montana, and New Jersey have instituted their own temporary or permanent bans too.

COVID-19 sent cities back in the other direction, furthering existing inequalities. In a time of emergency, businesses or social service agencies have largely failed to put together non-car options — even when many of the people most vulnerable to COVID are also more likely to lack cars.

This problem doesn’t need to exist. It isn’t hard to increase accessibility of drive-thru services for those without cars. For example, when Minneapolis was banning new drive-thrus, Portland was working to increase access to theirs. In their zoning code, Portland required that drive-thru businesses also serve people outside of cars. By simply adding one sentence to its zoning code, the city ensured no one would be excluded from basic services.

In the COVID-19 era, the same principle holds. Simple design approaches and health protocols could make drive-in and drive-thru experiences safely accommodate people outside of their vehicles. To the extent that people are diligent about wearing masks and keeping distance, showing up without a car is not likely a significantly greater safety concern. Using pre-marked spaces, or parking spaces themselves, could help ensure that people outside vehicles stay far enough apart.

Common as car ownership may be, it shouldn’t be a prerequisite for full participation in U.S. society. When people open their eyes and see that something only for cars is a serious equity access problem, easy solutions abound.

Common as car ownership may be, it shouldn’t be a prerequisite for full participation in U.S. society. When people open their eyes and see that something only for cars is a serious equity access problem, easy solutions abound.

Madeline is the deputy director of the UCLA Lewis Center for Regional Policy Studies. Her research focuses on the transportation and mobility needs for vulnerable groups of people and is the founding editor-in-chief of Transfers Magazine.