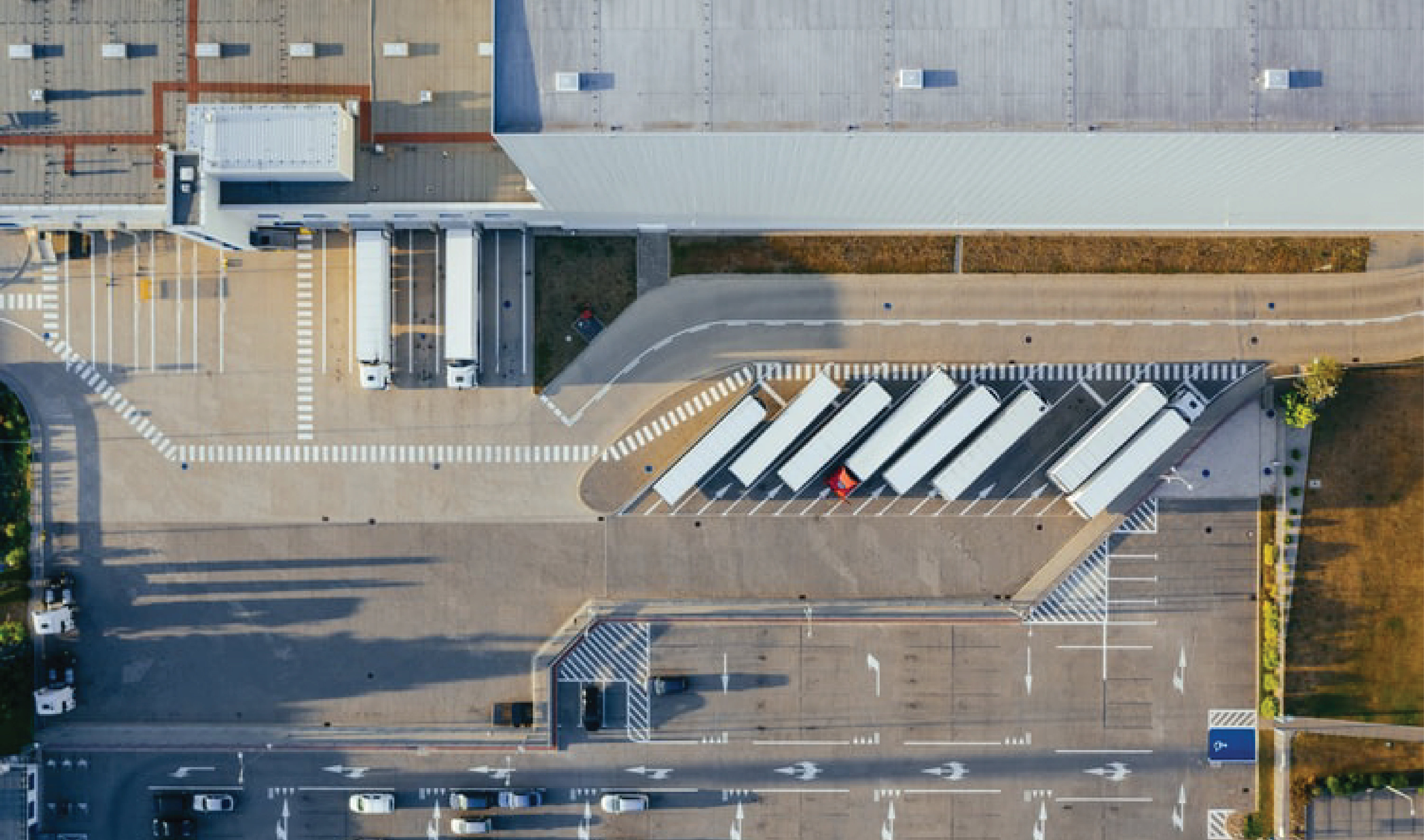 Communities of color face disproportionate burdens from living near warehouses

Land in cities is scarce and expensive, and the chronic traffic congestion common to urban cores snarls the heavy truck traffic warehouses need. As a result, warehouses sprawl. 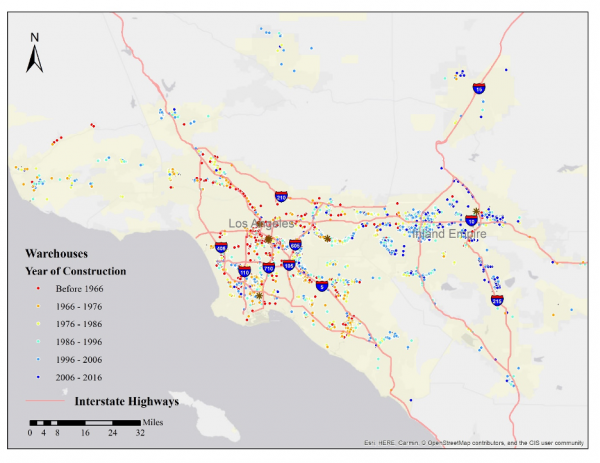 Public health studies have found relationships between various adverse health outcomes — such as asthma and respiratory allergies — and exposure to truck-related emissions, especially in areas with high densities of truck routes. 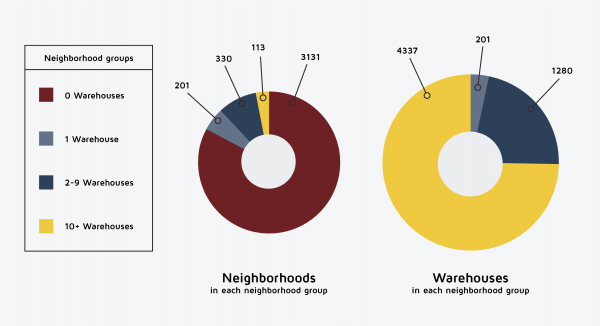 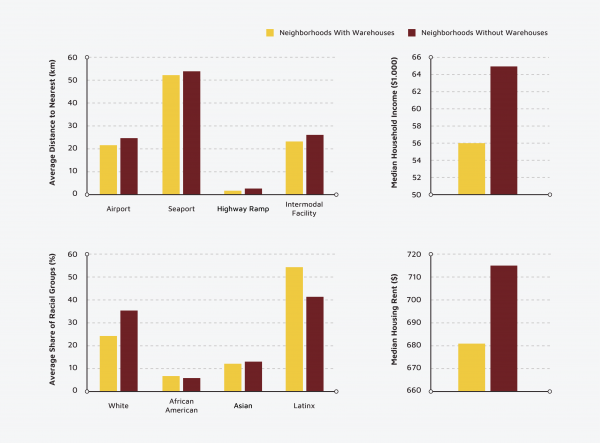 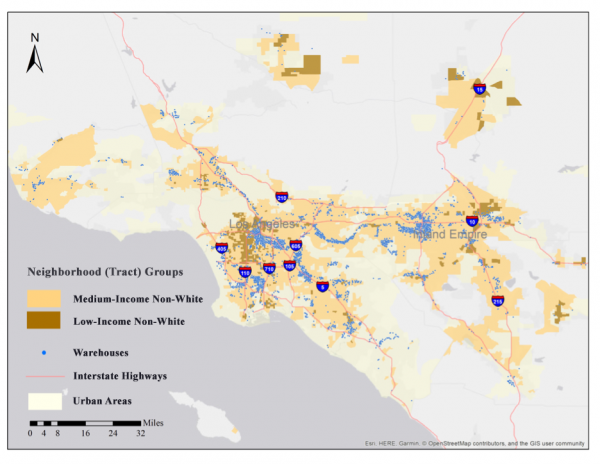 The varying warehousing burdens across racial/ethnic communities are a regional problem, meaning governments above the local level should be involved in finding solutions.

Paving Equity Into the Streets of Oakland

The Problem with Drive-In Services — Now and After COVID-19