Skip to content
Q&A: How a professional downhill skateboarder became an urban planner

Q&A: How a professional downhill skateboarder became an urban planner 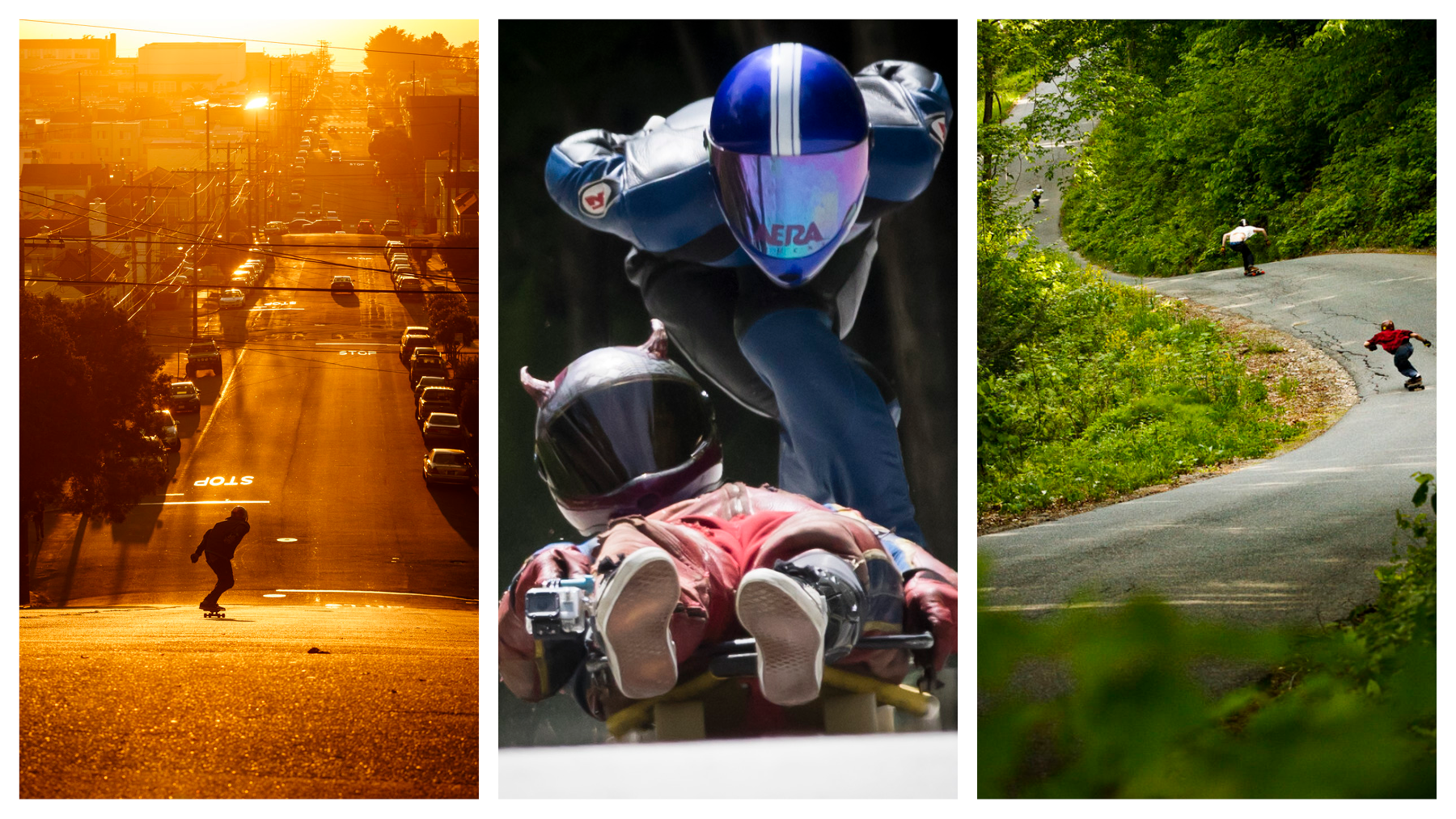 Max Dubler is a Los Angeles-based photographer, writer, videographer, designer, downhill skateboarder — and now, urban planning master’s student at UCLA Luskin School of Public Affairs. Last fall, after more than 10 years of working in the skateboarding world — from designing boards, photographing and filming skaters, writing for skating publications, and of course, skating himself — Max began the Master of Urban and Regional Planning program at UCLA. Since our readers have long loved our article on skateboarding in the first issue of Transfers Magazine, we knew we had to chat with Max for The Circulator to get the inside scoop about the skateboarding world.

Katrina Deloso: Thanks for being willing to talk to me today, Max. Our editor-in-chief and many of our readers have named the Transfers article on skateboarding their favorite piece!

Max Dubler: For sure. I read the skateboarding piece and it’s super good!

KD: When you say that you used to be a professional downhill skateboarder, can you tell me more about what that means? What was a week in your skateboarding life like?

MD: Most of my life wasn’t actually on a skateboard — I never made a living just as a skateboarder, but I was a sponsored rider for a while. I was mostly a skateboarding photographer and magazine writer. If I was home in LA, I lived in a house with a bunch of skateboarders, and we would go out to Malibu and skate hills all day. I would shoot photos or videos of our skating and sell it to their sponsors, or put it in one of the media outlets I work for. If I was traveling, I would go on trips with other sponsored riders to California, Colorado, North Carolina or wherever and create media for our sponsors, or we would go to downhill races that were competitive.

KD: So, I have to ask the obvious question: how did skateboarding bring you to urban planning?

MD: Well, there were a few things. First of all, I was skating all the time, so I wanted to understand skateboarding on a more intellectual level and what made it catch on in Southern California in the 1950s and 1960s. I realized that skateboards needed a hard, flat surface to roll on, and that did not exist in large quantities until cars took over the built environment. And specifically in Southern California, since there’s such a danger of erosion, there are all these embankments everywhere to prevent erosion. I figured that riding that stuff made skateboarding fun enough to get back on it after you fell for the third time.

As I traveled around, I saw how a lot of particulars of the built environment shaped skateboarding. For example, in California, the Malibu mountains are soft sandstone, so all the roads have these swoopy turns with a flowing quality to them. In Colorado, it’s all these massive granite mountains and highways that are built for people to drive through them, which makes a very different style of skateboarding. Street skateboarding is very reactive to landscape architecture, and downhill skateboarding is more in the civil engineering space.

The last straw came when I started dating a real estate developer and hanging out with planners. My roommates and I got evicted from our shared skate house in Westchester, a quarter-mile from the new Crenshaw [LA Metro] stop being developed, and all the houses on our block were being bought out, renovated, flipped, and sold. That was around the time Senate Bill 827 [in 2018] was happening, and I realized I had to have opinions about urbanism.

KD: That’s really interesting. Do you think it’s accurate to say then that as a skater, you experienced urban planning in a very acute way? 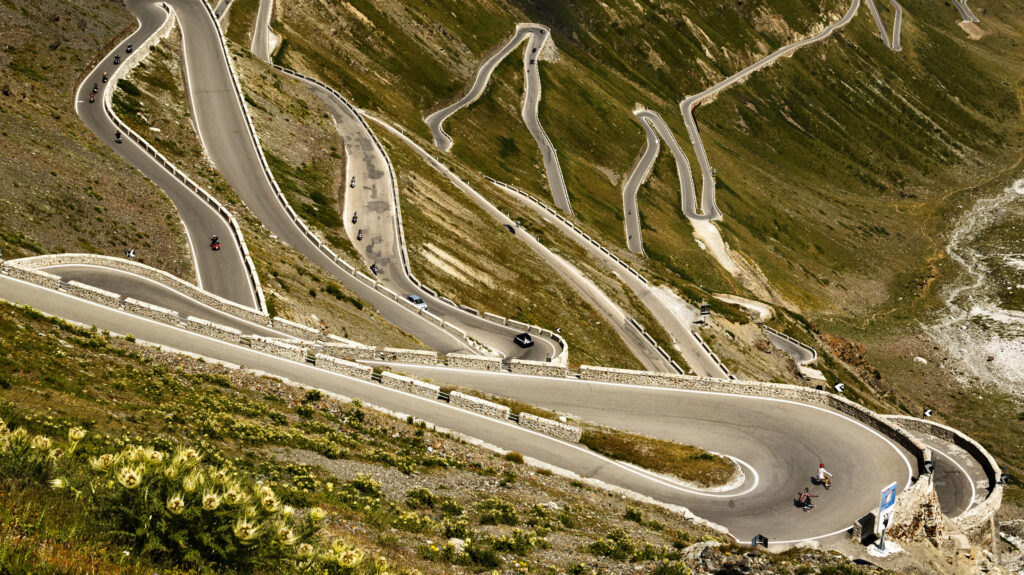 KD: In our Transfers article, we talked about how skateboarders travel an estimated 50 million miles annually, in California alone, yet skateboarding is banned or heavily restricted in many cities. Why do you think the government response to skateboarding tends to be an attempt to squash it rather than safely regulate it?

MD: There are a few reasons for that. First of all, skateboarding is superficially dangerous — kids frequently fall and break their wrists when they’re learning to ride — and since the ‘70s there’s been this attitude that if kids are being hurt we need to ban them.

KD: Isn’t that the same with bikes, though?

MD: Yeah, but bikes have a head start.

The second thing is that skateboarding has really invested itself in making its culture a really rebellious, counter-culture activity, for better or worse. It’s a creative approach to the built environment and an appropriation of landscape architecture as a space for play. For example, you’re not supposed to jump down a handrail, you’re supposed to use it to get down the stairs safely. So it’s transgressive in its very nature, and skateboard culture builds on that. There isn’t that cycle advocacy tone for this. So a lot of policymakers have this knee-jerk response of, “This is bad, we need to ban it.”

KD: Do you have a vision for the future of skateboarding, and is that related to urban planning?

MD: The future of skateboarding involves a whole lot more people, who look a whole lot different from teenage white dudes, riding skateboards around for fun and transportation. The urban planning version of this is complete streets that are not designed solely for cars and parking, where skateboards could roll next to bikes. That’s my vision at least: a lot more women, older people, queer people, people of color riding skateboards and not buying into this very narrow vision of what skateboarding is and who it’s for.

KD: Wow, I love that vision. What are your tips for people who want to get into skateboarding?

MD: Get a skateboard with soft wheels, push around on flat, wear lots of pads — especially wristguards, because most skating injuries are people hurting their wrists in their first two weeks — and just go do it. You don’t have to be the toughest or most gnarly skateboarder. It’s a fun way to get around, a fun way to move through the world.

KD: For my final question: What’s your favorite hill to skateboard down, anywhere in the world?

MD: Anywhere in the world? Well… there’s this abandoned real estate road in Southern Utah that we call Braffs, and it’s a 10 out of 10 skateboarding experience. It has everything you would ever want from a downhill road: you can go 70 mph at the top, it has these swoopy banked turns and cool sliding turns, and it’s beautiful scenery. But more locally around LA, Tuna Canyon Road in Malibu is the top-tier experience.

This interview has been edited for length and clarity.

All photos courtesy of Max Dubler. For more on his work and photography, visit maxdubler.com.

Katrina Deloso is a master’s student at UCLA pursuing concurrent degrees in public health and urban and regional planning, with a concentration in transportation planning and policy. She’s also a member of the Transfers Magazine editorial team, focusing on communications.