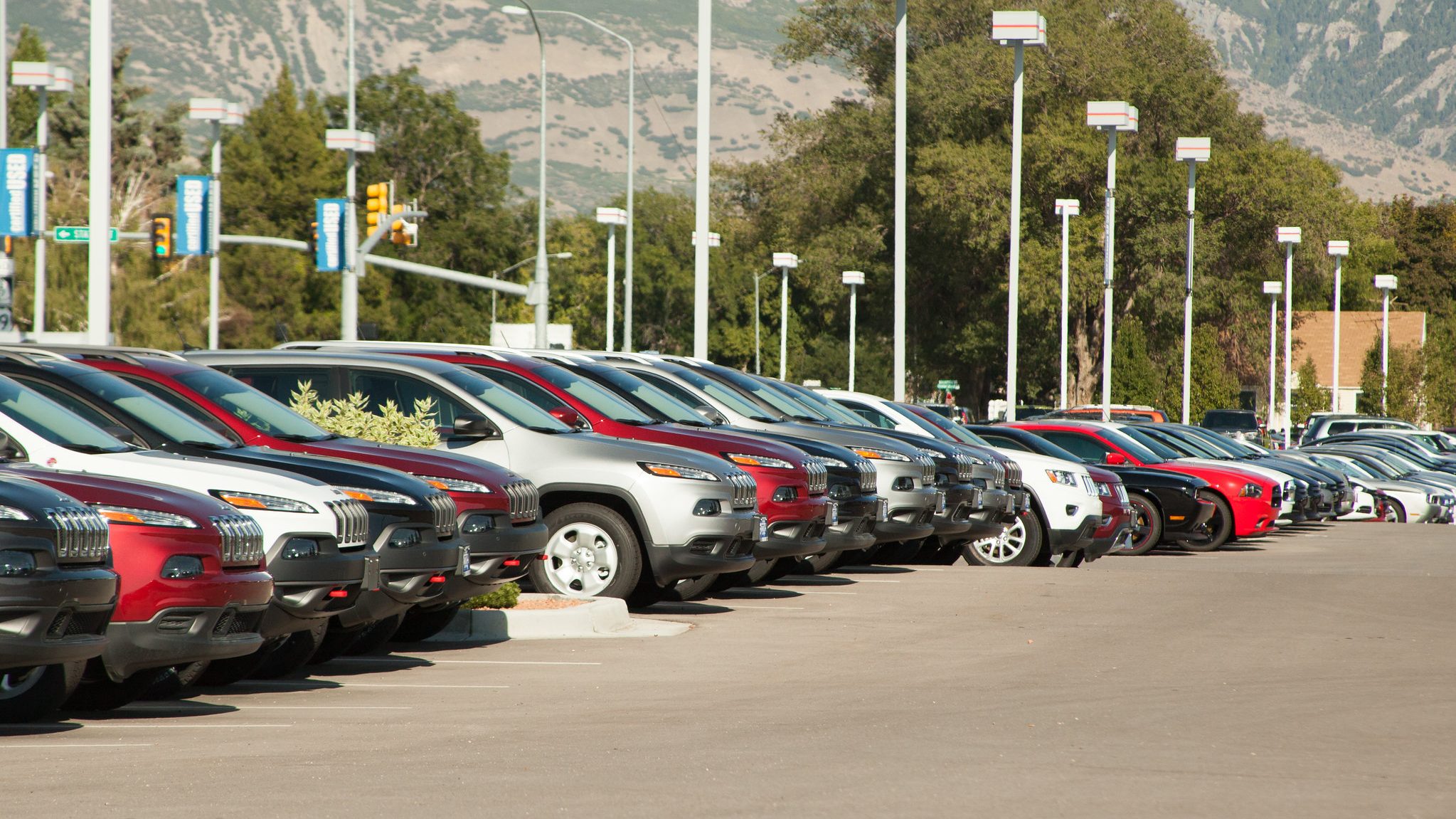 In a digital world of fake news and incoherent rants by distant acquaintances, Instagram presents a kind of relief from the vexing noise of social media. The simplicity and beauty of Instagram is almost too attractive — I’ve had to activate a timer within the app that warns me after 30 minutes of daily use, to prevent me from and scrolling through #superbloom posts into infinity.

With all that time spent scrolling, Facebook, which owns Instagram, knows a lot about me. It knows, for example, that I am a graduate student and that I live in Los Angeles. This might explain the barrage of Honda advertisements I’ve recently been receiving that target leasing services to recent college graduates. The colorful advertisements highlight the so-called internal struggles of recent college graduates as they navigate new jobs, spend their first paychecks, and maintain their social lives.

“First you graduate college / You’ll be faced with a lot of decisions / And every day on your commute, you’ll think about those daily decisions.” Photo source: Instagram/Honda Financial Services

College graduates are now predominantly members of Generation Z — those people born after the mid-1990s. At Transfers, we’ve looked at the travel behavior of millennials and our reputation as a generation out to kill the staples of American life. But as Generation Z begins to capture the attention of cultural commentators, these advertisements shed light on stereotypes that cross over generations. Regardless of which generation they’re geared toward, these messages sound familiar to millennials.

Take, for instance, the struggle young Americans face after receiving that first paycheck: How many avocados are too many? Or do we spend our entire paycheck on sushi (“Like, so much sushi”)? Front row concert tickets perhaps?

Honda agrees making these decisions — or “adulting” — is hard, but it claims that the decision to lease or finance a vehicle isn’t.

In my neighborhood, leasing a Fit — Honda’s entry-level subcompact — starts at $179 per month. When you add monthly car insurance payments, this “easy” decision turns into at least $300 per month — and even more when you factor in parking costs, fuel, routine maintenance, and the total due at signing. This can be a hefty price tag if you’re just getting started after college, even with their recent graduate discount. And, of course, it’s not just Honda. Car companies across the board target recent graduates with rebates and promotions. 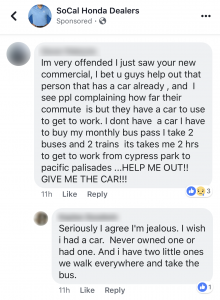 Now that I’ve voluntarily watched these advertisements repeatedly, I see more advertisements than just those targeting recent graduates. In another one, SoCal Honda Dealers surprised a driver with the region’s “worst commute” — a comically subjective award — with a new car. The comments section of the advertisement highlighted the stark realities for the carless (as opposed to the “carfree,” like myself) in Los Angeles.

It’s true that most people commute by driving, and increasingly more people are driving in Los Angeles. Cars undoubtedly provide access to economic opportunities, and they’re certainly helpful in the job search. So while cars may be an important element of success for new college graduates, there’s something disconcerting about downplaying the lease of a car, which can balloon into costs of more than $300 per month, all while tapping into young people’s financial anxieties about the occasional avocado or “so much sushi.” The decision to own or lease a car when money is tight is a big one — and we should think of it as such.

For now, I’ll start to scroll past these advertisements. While I might be the intended demographic for the advertisements, I’m out of the market for a car into the foreseeable future. Here’s to hoping the algorithms readjust to show me more #doggos and less driving.