Skip to content
How do people perceive transit in LA?

How do people perceive transit in LA? 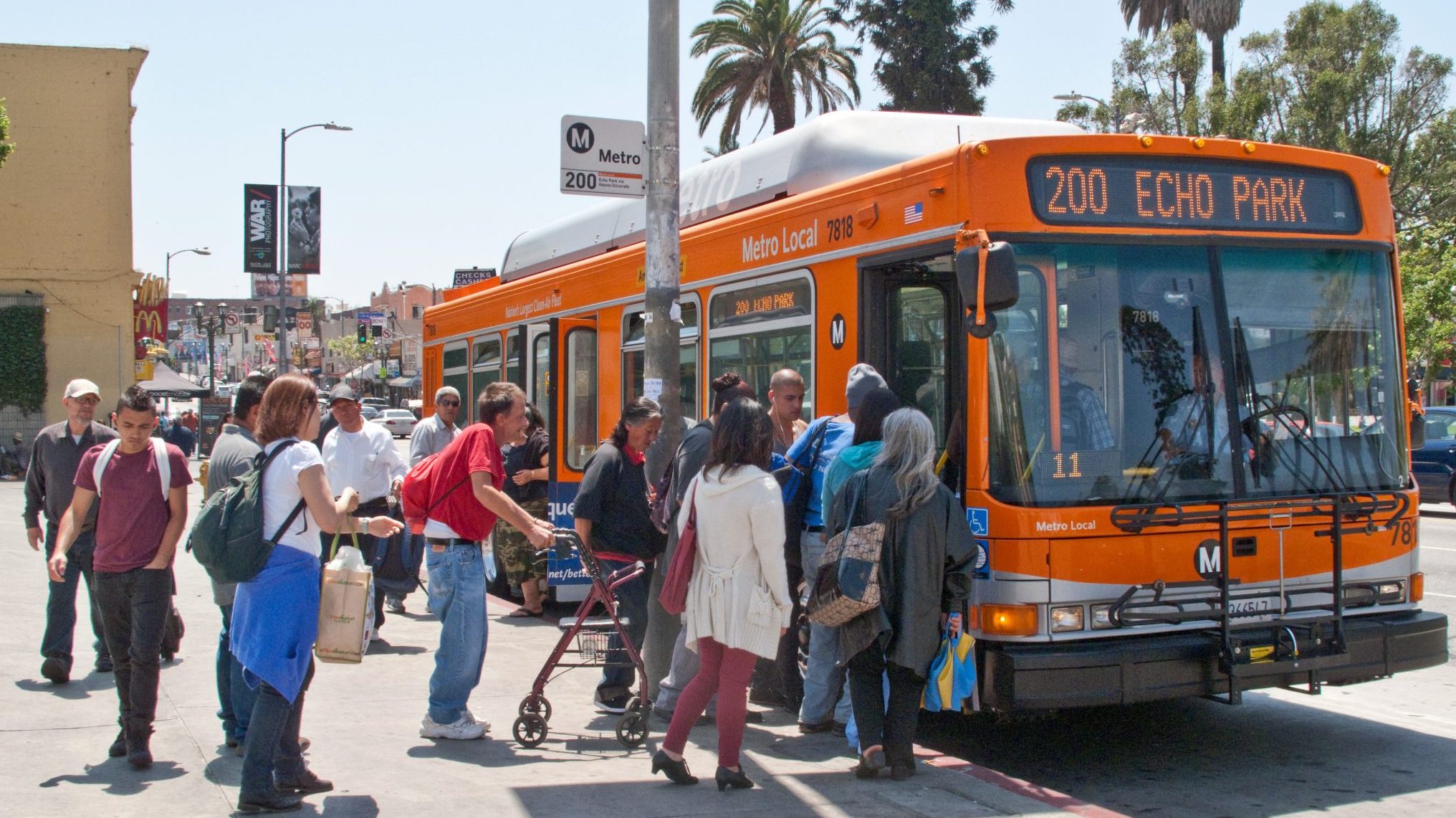 You’ve probably heard that “nobody walks in LA.” Sure, but do people in Los Angeles view public transit as a viable mode of travel?

Despite the popular image of LA as a driving city, Los Angeles County has made huge investments in its transit system, banking on increased transit ridership to help meet California’s ambitious climate and congestion goals. Yet ridership has been falling since the late 2000s, and more people own cars in Southern California than ever before.

The region has a vested interest in reversing this trend of declining transit ridership. The UCLA Institute of Transportation Studies recently produced a short video that highlights the primary cause of declining ridership — surging car ownership — and some potential policy solutions, such as implementing a statewide ticket service, increasing the number of bus-only lanes, and more:

To truly solve the problem, we must first understand why so many people feel like driving is a superior option. How do people in LA perceive the convenience or costs of public transit, as compared to driving?

To answer this question, we conducted semi-structured interviews with 12 LA County residents as part of Professor Brian Taylor’s transportation policy and planning class. We spoke to six people who regularly use transit and six who rarely or never ride, and found some important takeaways and telling quotes:

Non-transit riders aren’t aware of the extent of the region’s transit system. They generally hadn’t tried or even considered using transit in Los Angeles. One interviewee was even unaware that LA had a subway and light rail system.

“It’s just so incompatible with my lived experience of Los Angeles that the thought of a train through Los Angeles just doesn’t compute. It’s almost like fake news to me. Is it really a train that I can give money to and take it from somewhere to somewhere else?”

Frequency and reliability are key. Transit riders noted that low frequencies, particularly at night, sometimes prevent them from using transit or traveling altogether.

“I think it’s ridiculous that the Red Line after 9:00 comes every 20 minutes. If I’m going to Koreatown [from Downtown, there’s only a train] every 20 minutes? This is a waste of a tunnel!”

Non-transit riders feared that, if they tried to use transit, their bus would never show up, and transit riders noted that they did not trust route schedules. This near-universal lack of trust in the system certainly hurts ridership.

Safety is a complicated, delicate situation. Both transit riders and non-transit riders generally acknowledged that safety on transit is not a significant concern. But there was a notable exception: One transit rider claimed they felt less safe with increased police presence on trains.

There was just a constant presence, that they would check for your ticket and either give you a violation fee, ticket, and stuff like that. I remember being very nervous, holding on to my ticket, like, ‘…I’m scared.’

Transit-wary Angelenos prefer rail over bus. Regular transit riders are generally more accepting of the bus as a regular mode of transportation, but some non-riders do not acknowledge the bus as a viable alternative to personal car travel. Some respondents expressed frustration with buses being stuck in traffic, suggesting that providing separate lanes for buses may make the service more attractive.

“If there was a train that came out here I would absolutely use it. And, for me, a bus is a little bit more time-consuming than a rail system that has its own direct path going from A-to-B.”

Using transit can be confusing, but it’s also a refuge from driving. Transit riders and non-riders alike noted the location of stops, direction of routes, and legibility of wayfinding as sources of confusion. Learning how to use transit (e.g. how to get a TAP card and pay with it on the bus) can be confusing or overwhelming to the point that individuals give up any attempts to understand the system. At the same time, both groups overwhelmingly expressed aversion to driving in Los Angeles.

So where do we go from here? In the long run, transit planners and managers should prioritize increasing frequencies and upgrading bus infrastructure to boost speeds. In the short term, we offer a few cost-effective recommendations based on the themes we heard in our interviews:

While our interviews were done specifically with LA Metro in mind, our findings can be applied to transit agencies across the country. By marketing their services and making their systems easier to understand, agencies may better retain existing customers and attract new riders to their services.