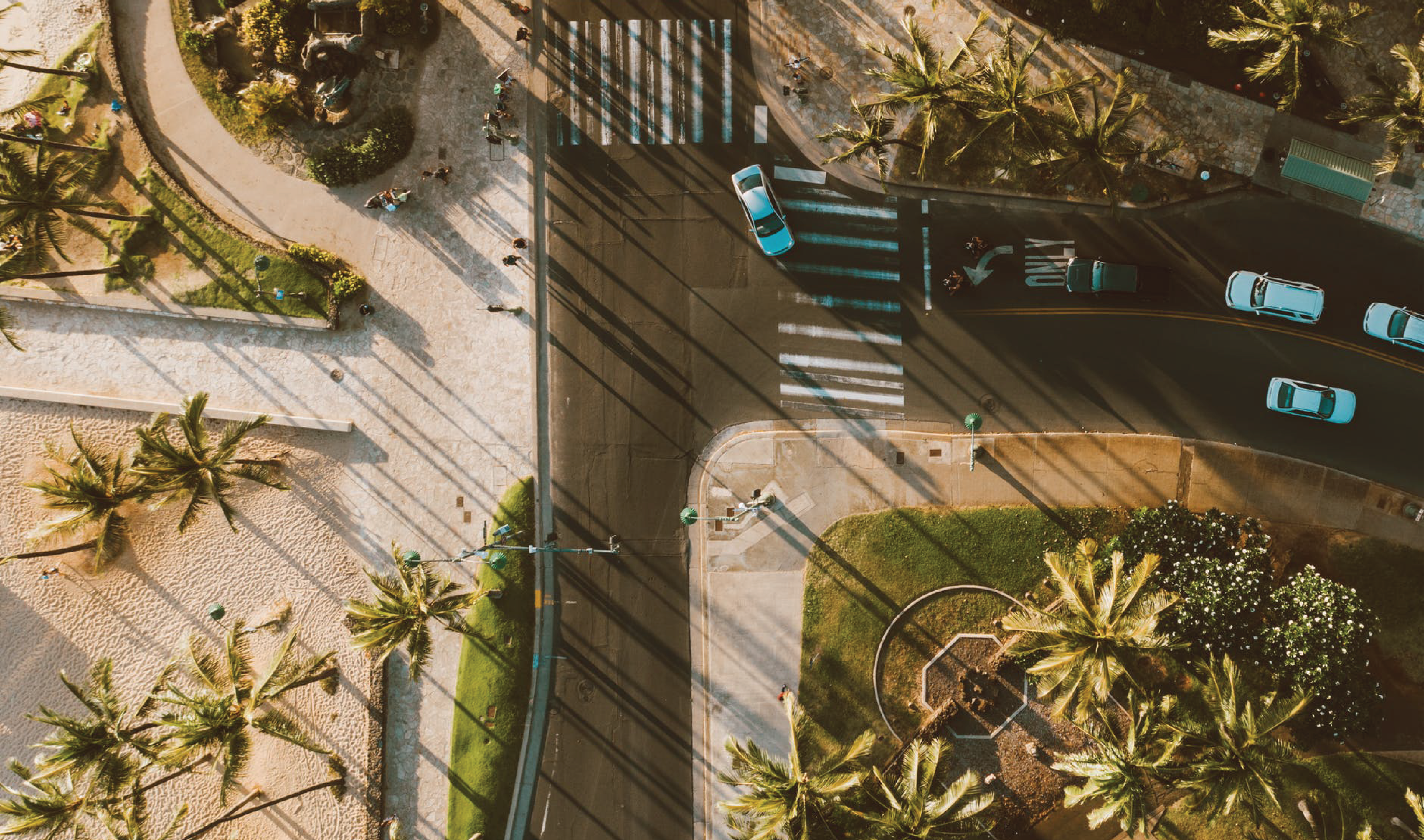 In 2010, Tesla introduced a new generation of electric vehicles (EVs) with its Roadster, a luxury-like sports car. To keep up, almost every auto manufacturer has since brought at least one EV model to market. Is this newfound attention on EVs an environmental success story? It could be. EVs are far more energy-efficient than conventional vehicles, and if their electricity is produced from renewable sources, they have the potential to dramatically reduce greenhouse gas (GHG) emissions from the transportation sector.

But EVs in the U.S. to date have not been an unambiguous success, mainly because consumers have been slow to adopt them. Nearly a decade after Tesla’s Roadster, EVs are about 2% of new U.S. passenger vehicle sales, and just 1% of passenger vehicles on the road. Some states have more EVs than others, but fewer than 10 states are above the national average. In California, which has the nation’s highest EV market share, EVs are about 7% of new passenger vehicles. Moreover, as the transition to renewable electricity has been slow and varied across the U.S., EVs are often GHG-intensive. This has improved though, where based on the average mix of electricity sources in 2019, the average EV emits less GHGs than a fuel-efficient hybrid.

This article tells the story of EV adoption in Hawaii. Hawaii was once considered an ideal place to launch EVs, because of the limited driving range imposed by its island geography. Hawaii’s size reduced one of the big tradeoffs inherent in EV ownership — compared to other vehicles, EVs cannot travel as far without having to recharge. In 2010, Hawaii set an ambitious goal of registering 40,000 EVs by 2020. As of August 2020, however, the state had only 12,400 EVs on the road — 1% of the state’s passenger vehicles. This disappointing outcome becomes even more so when considering that it makes Hawaii second in per capita EV registrations in the U.S., after California.

Why has Hawaii struggled to get EVs on the road? What worked and what did not? I review some of these lessons below and compare Hawaii to a place — Norway — where EV adoption was much more successful. Norway has managed to dramatically transform its car market: EVs comprise more than 55% of its car sales, and make up about 13% of cars on the road.

Between 2010 and 2012, Hawaii helped kickstart EV adoption by offering a purchase subsidy of $4,500 and a home charger subsidy of $500. These subsidies were offered on top of existing federal subsidies of up to $7,500 for the purchase or lease of EVs and $1,000 for the purchase of a home charger. Since 1997, EVs had been allowed to park for free at airports and in most state and county parking lots; this recently sunset at the end of June 2020. Incentives that are still in place today include access to high-occupancy vehicle lanes and a mandate that parking lots with 100 or more stalls be equipped with charging stations though it does not specify the level of charge. Level 1 chargers plug into a standard household outlet and can fully charge an EV in 20 hours. Level 2 chargers require 240-volt outlets but reduce the full charging time to between four and five hours. Level 3 (also referred to as “fast”) chargers can charge an EV to 80% of its capacity in 20 minutes. To address the lack of and access to charging infrastructure, in 2019, the state Legislature established a rebate program for upgrading and installing Level 2 and 3 charging stations in the parking lots for multifamily housing and commercial facilities.

Figure 1 shows the 2018 uptake of EVs across Hawaii’s heavily populated islands — Oahu, Kauai, Maui and Hawaii. The highest levels of EV adoption by ZIP code are on Oahu, the state’s most densely populated island, which is home to over 70% of all registered EVs in Hawaii. In Oahu’s urban core, EVs make up between 2% to 4% of registered cars. On Maui, which started developing a Level 3 fast-charging network before the other islands, there are some neighborhoods where about 2% of registered cars are EVs. 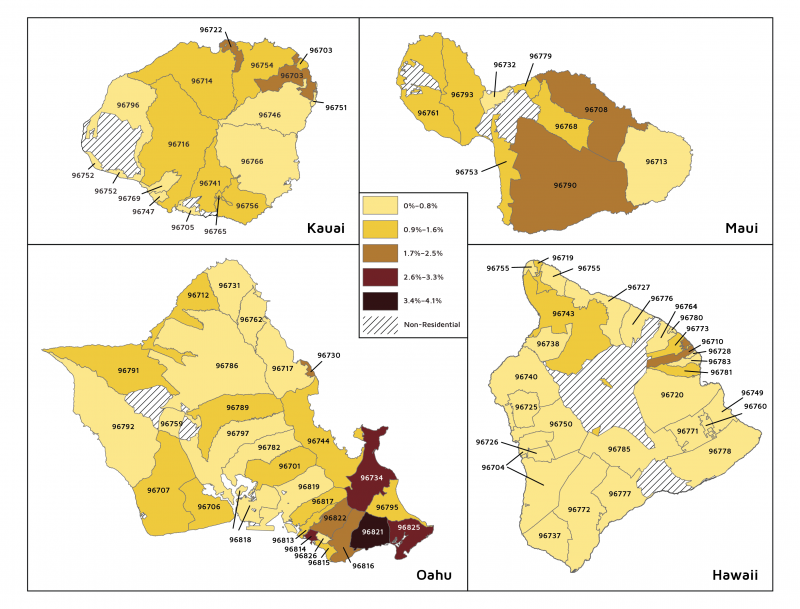 What explains the variability in EV adoption? In a statistical analysis that combined vehicle registration and census data, I found, consistent with many prior studies, that income, education, and gasoline prices were all positively associated with higher EV registrations. I also found that trip duration (the length of the average commute) matters for EV adoption, even on relatively small islands. The ZIP codes with more frequent medium-length commutes (between 20–44 minutes) had higher EV-adoption rates than areas with either shorter or longer commutes. Specifically, a 1% increase in the percentage of households with short commutes was associated with 0.5%–0.7% fewer registrations. Similarly, a 1% increase in the percentage of households with longer commutes was associated with 0.6%–1.2% fewer EV registrations in a ZIP code. The first finding suggests that shorter trips might not merit the upfront investment in EVs, since the primary financial gain is fuel savings. The second finding suggests that even on islands, longer drives might create “range anxiety” — the fear that an electric car won’t have enough charge to reach its destination. This latter finding points to the need for a more adequate charging infrastructure network and improved vehicle range.

The top-line takeaway from Figure 1, however, is that even places in Hawaii with more EVs still have very few of them, as a share of all vehicles. There are numerous reasons for this. While Hawaii adopted a portfolio of EV incentives, including subsidies for purchase and home-charging subsidies, they were modest at best and only in place for two years. They were also offered as income tax adjustments, meaning that buyers did not save money at the time of purchase, but instead received some money back when they filed their taxes. This characteristic may have made the subsidy less salient to consumers. (The U.S. federal subsidies, similarly, are only available after purchase.) 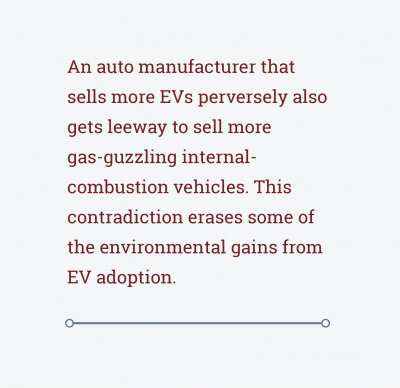 Norway, in contrast, offers EV incentives that are more numerous, more generous, more immediate, and longer-standing. Norway has offered financial incentives of nearly every type since the mid-1990s and early 2000s. Most notably, Norway exempts battery electric vehicles (those that rely only on electricity, as opposed to plug-in hybrid vehicles that are fueled by a combination of electricity and gasoline) from the high purchase tax it places on new vehicles. This provision makes EVs less expensive than comparative fossil fuel models, and in particular, it makes them less expensive at the point of sale (not after a rebate or tax adjustment that might occur months later). Compared to Hawaii, Norway also invested much earlier in an extensive public-charging network, including Level 3 fast-charging stations.

An additional problem is Hawaii’s ambitions are often in tension with U.S. national policy. Compared to Norway, where there is strong national action supporting EVs, the U.S. has no coherent approach to reducing vehicle emissions, and instead suffers from a patchwork of policies. Perhaps the most significant flaw in the U.S. is the Corporate Average Fuel Economy (CAFE) standard. As the standard’s name suggests, the U.S. regulates fuel efficiency at the fleet, rather than the vehicle, level — each automaker must attain a minimum miles-per-gallon standard across all the vehicles it sells. But the fleet average can mask a lot of variance across vehicles, and under this program, an auto manufacturer that sells more EVs perversely earns leeway to sell more gas-guzzling internal combustion vehicles. This contradiction in the program erases some of the environmental gains from EV adoption.

Finally, although not directly related to consumer adoption, Norway’s preponderance of clean electricity makes EVs there a more effective way to reduce GHG emissions. Over 96% of Norway’s electricity generation comes from hydropower, meaning most EVs involve almost no emissions. Contrast this with Hawaii, where 80% of its electricity generation comes from burning a combination of oil and coal. This makes EVs in Hawaii no better than hybrid vehicles in terms of GHG emissions. As Hawaii works toward its aggressive renewable energy goal of 100% of net electricity sales from renewable sources by 2045, EVs become a promising GHG-abatement strategy. If the state were to reach 40% renewable energy by 2030 (which is roughly 10% more than today), and EVs were charged from rooftop solar panels on just the weekends, then EVs would emit fewer GHG emissions than hybrid vehicles.

Hawaii has made more progress with EV adoption than many other U.S. states, but that progress has still been modest at best. Hawaii’s experience, especially compared with that of Norway, shows the importance of strong and sustained policy action, not just in incentivizing EV adoption but also in integrating higher levels of renewable energy and implementing price signals that incent charging during times of high renewable energy production. At the end of the day, for EVs to really take off in the U.S., there must be a robust and coherent national policy.