Skip to content
Designing for the Future of AVs

Designing for the Future of AVs 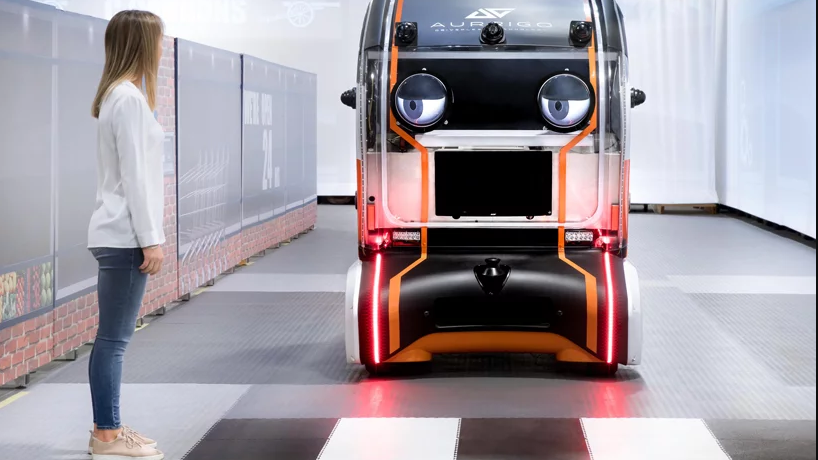 First, it is important to understand the current state of pedestrian and vehicle driver interaction, which is based on two important characteristics: attention (eye contact) and communication (signaling). Studies have shown that in the absence of either, pedestrian perceived risk increases significantly. Design considerations for future interaction should include some level of both. Furthermore, the design considerations are proposed within the context of a set of commonly held assumptions, such as:

Intent displays are proposed as LED, LCD, or projections from the AV to the pedestrian. Studies have found that when autonomous vehicles display their intent, there is 38% improvement in resolving pedestrian and traffic standstills. One study investigated different communication modes including visual, audio, motion, etc. It found a combination of modalities was best. However, the study admitted the data may be limited because all participants were North American.

A critical component of reducing pedestrian perceived risk is “attention.” Currently, this is achieved through driver-pedestrian eye contact. In fact, studies show that without eye contact, pedestrians are less likely to cross the street. A popular design proposal suggests that AVs display intent in the form of a humanistic set of eyes. As the AV approaches the crossing pedestrian, the eyes scan and lock to establish eye contact with the pedestrian. In virtual reality tests conducted by Chang et al. and presented at the International Conference on Automotive User Interfaces and Interactive Vehicular Applications, the return of eye contact (“attention”) has shown to speed up pedestrian crossing decision time by 86 percent. 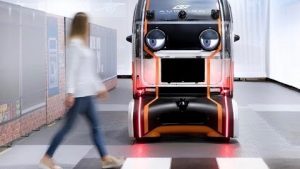 As mentioned in a recent article in The Register, there is some fear that AVs will alter the mobility landscape in favor of the vehicle. Without thoughtful design to facilitate safe pedestrian-AV interaction, barricades may be a feature used to impose ultimate control on a pedestrian’s ability to move around. “The open spaces that cities like to encourage would end as the barricades go up. And foot movement would need to be enforced with Singapore-style authoritarianism.”

While these design concepts are promising, a number of additional considerations should be explored: