Q&A: Planning for the worst 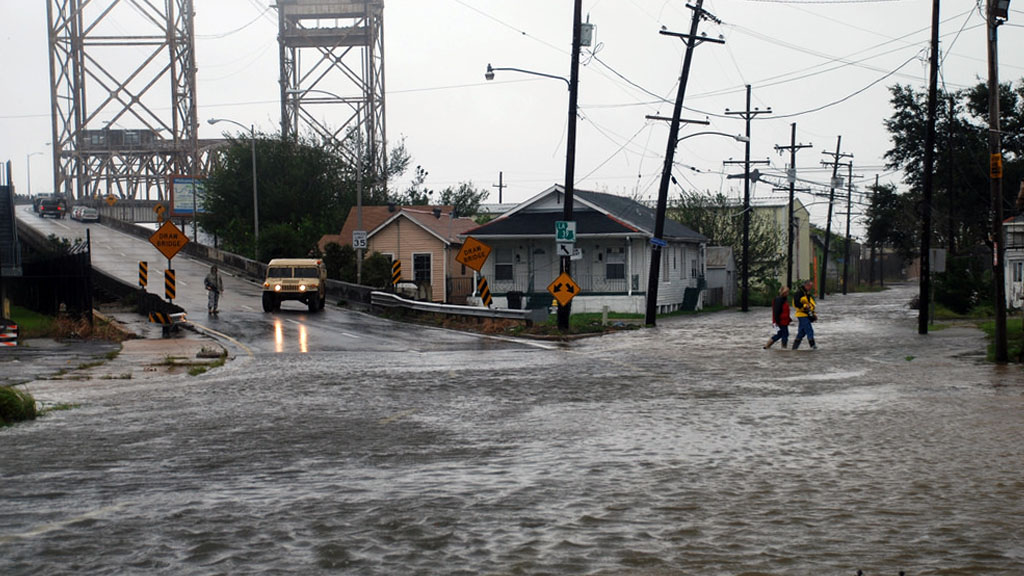 After our interview with Dr. John Renne, the Camp and Woolsey Fires burned nearly 250,000 acres in northern and southern California respectively, killing at least 81 people and destroying over 10,000 homes. For more information on how to help victims of these disasters, the LA Times has published guide to a variety of non-profits helping those affected.

In this fall’s edition of Transfers Magazine, authors Karl Kim, Pradip Pant, and Eric Yamashita of Hawaii University at Manoa analyze the threats to key evacuation routes and transportation infrastructure in the Honolulu area. Transportation planning in the specific context of natural disasters is a complex and often under-discussed issue for cities. While many residents may rely on private vehicles to leave town, disasters make people without access to cars, and people with special needs, especially vulnerable.

Dr. John Renne is an associate professor at Florida Atlantic University whose research focuses on planning for natural disasters and the needs of carless residents. At FAU, he heads undergraduate programs in urban and regional planning and urban design, and is the director of the Center for Urban and Environmental Solutions.

Describe your area of research: what drew you to planning for disasters?

I moved to New Orleans two weeks before Hurricane Katrina, and started looking into evacuations for people who didn’t have cars, which was a major issue at the time. I also founded the National Evacuation Conference, which was held every other year, from 2010 to 2016 in New Orleans.

How are cities working to plan for evacuating people without cars?

There aren’t a lot of federal requirements on the topic, so it’s kind of left up to the every local government and city to figure out their own plans for themselves, if they want to. And not every city does.

I’ve looked at the 50 largest cities in the United States, and nearly half don’t have an evacuation plan. When you drill down, to look how they address the needs of carless and vulnerable populations, there’s not a lot. There are some [plans], but we haven’t really learned a lot since Hurricane Katrina.

Hawaii is one that has good disaster plans, specifically in Honolulu. They’re threatened by so many disasters, from hurricanes, volcanoes, to earthquakes … there are so many issues to think about. One of the main findings of the research is that places that experience disasters more frequently do more planning for that. So it’s kind of by necessity.

How does a multi-modal evacuation plan, like the one implemented in New Orleans post-Katrina, work?

I’m the president of the board for a non-profit called Evacuteer.org. In a nutshell, we train volunteers to help people during a disaster. We’ve worked to maintain sculptures for identifying “evacuspots,” which are all consistent. And when there’s a mandatory evacuation, people can go to those spots to get a ride from the city to evacuate the area.

The city [of New Orleans] has created what’s called a city-assisted evacuation plan, or CAEP. Our non-profit works with the city and helps train volunteers to help run it. We have nearly 500 volunteers.

When a hurricane comes, there is a large percentage of the vulnerable populations, including tourists. Think about going to Waikiki, and a hurricane is coming towards you, and you didn’t rent a car! You may own a car, but it’s back in your driveway at home: When you’re on vacation, you’re vulnerable and carless.

Why do you think it may be difficult to encourage some residents to evacuate, even in the face of major storms? What can cities do to address their concerns?

It’s impossible to force people to do anything. Even when a mandatory evacuation order is issued, it doesn’t mean people will heed those orders. Local officials will say that if you don’t evacuate, you can’t expect the city to help you after the disaster.

It’s really an educational process to teach people ahead of the time why they have to evacuate. If people are on some sort of medicine, or need oxygen, or have some other medical device they may not have power, they may not have access to certain foods, or whatever it is that they need. So that’s very important for people, who rely on certain things, to evacuate.

Unfortunately, a lot of cities don’t really plan these sort of things, especially if they haven’t experienced these sorts of [disasters] before. There may be people who move there who have never experienced a disaster before, and may not realize the gravity of the situation until it’s too late. So it’s really important for public officials to communicate that, and important for planners and policymakers to put the plans together ahead of the time, so people have that as an option.

Have cities been improving their evacuation plans, especially with regards to non-driving modes, since Katrina? Has this been borne out in responses to some of the most recent hurricanes?

Responses have been marginally better, but not significantly. My research has found that places do a better job planning when they have experienced a situation that they were first caught unprepared, then addressed it afterwards.

There’s also a lack of federal leadership on these issues. They don’t mandate that these plans are in place. The National Response Framework is a bottom-up approach, since all disasters are considered local. When there is a disaster, the local government has to reach out to the state and ask for help, and if the state can’t handle the situation, then they have to ask the federal government.

There are certain grants that FEMA makes are available, and it’s up to the local governments to decide to apply for them. Ultimately we need a radically different process in the country, one that mandates more proactive planning, in my opinion.

What’s being left out of the transportation planning disaster discourse?

The issues that carless residents face on a day-to-day basis are accentuated in an emergency. It’s not that problems just pop up when an emergency happens: there’s a lack of planning for multimodal needs out there. If we plan for other modes in cities, we can kill two birds with one stone: we can shift our modes away from auto-intensive options that create a lot of greenhouse gases, and shift our modes into transit options that are more efficient and reduce greenhouse gases. And the more we do that, the more we can create a sustainable shift that can achieve the IPCC’s climate goals.

If we don’t do that, we’re going to continue to worsen global warming and see more intense storms and climate impacts that will necessitate even more needs for these [evacuation] services. So the solutions can be mutually reinforcing: more multimodal options, which are useful in those disasters, and which create those modes that help us evacuate in the first place.

I think it’s important that cities can’t just hire a disaster planner – they can do that, but they can’t just do it in a vacuum. Disaster planning should be seen in the terms of creating more resilient cities, and so we can look at how we address those with specific transportation needs.

This interview was edited for clarity and length. Cover photo credit: DVIDSHUB, Flickr

Adam was an editorial assistant for Transfers and an urban planning alumnus at the UCLA Luskin School of Public Affairs.