Skip to content
The federal government is derailing transit projects 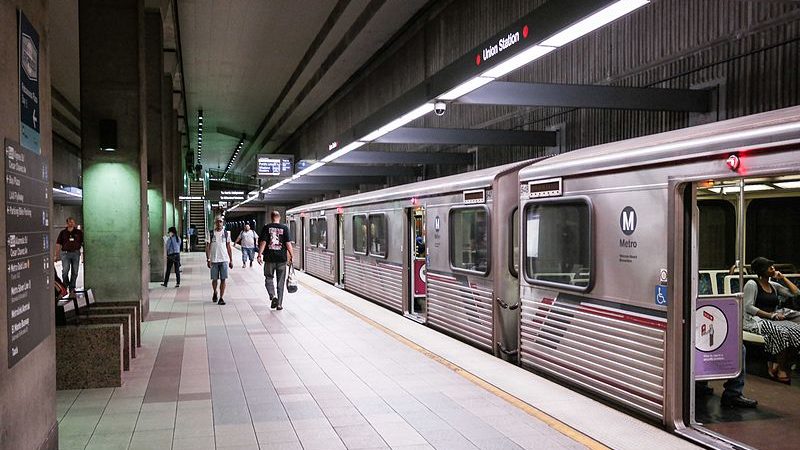 Federal transportation authorities are slowly but surely shifting their priorities away from America’s transit systems. Despite the Trump Administration’s stated commitment to infrastructure, the Federal Transit Administration (FTA) has for months been slow-walking nearly $1.4 billion in federal funding for transit projects in more than a dozen cities across the country.

This funding is allotted through the Capital Investments Program for new transit construction and maintenance projects and had already been guaranteed for multiple light rail extensions in Minneapolis, L Line improvements in New York City, and streetcars in Orange County and Sacramento, to name a few projects which are counting on federal funds to complement local dollars. Additional projects include a number of bus rapid transit lines in places such as Albuquerque, Reno, and Jacksonville.

And the issues go deeper: Last week, a report from the Government Accountability Office detailed the how the FTA is failing to execute several key policies from two of the most recent federal transportation bills, MAP-21 and the FAST Act. The report points to statements from FTA officials suggesting that the agency is avoiding the provisions partially due to the president’s stated desire to eliminate Capital Improvements Grants program for transit.

The policies blocked by the administration’s reluctance to implement FAST and MAP-21 include creation of a new evaluation process for Core Capacity grants, which would support transit projects to add new capacity to alleviate downtown bottlenecks of older transit systems. Another would create a funding program for “interrelated projects,” such as interconnected transit lines that create a network.

Together, the withheld funding and sustained inaction to streamline and evaluate new transit investments undermine the efficacy and reliability of federal transit dollars when national guidance is sorely needed.

In research conducted last year by the RAND Corporation, UCLA distinguished professor emeritus of urban planning and Transfers senior editor Martin Wachs discussed the need for a shift in priorities in federal transportation infrastructure spending toward investments that are more sustainable over the long-term. The report, “Not Everything Is Broken: The Future of U.S. Transportation and Water Infrastructure Funding and Finance,” recommended, in part, that the federal government should prioritize funding for projects that can renew aging infrastructure.

While not a maintenance program, improving the FAST Act’s Core Capacity grants provision would extend the life and reliability of some of the oldest, most heavily-used sections of transit lines in the country. Blocking the implementation of this policy limits the ability of transit systems to invest in their own reliability and success.

The FTA’s recent moves signal a troubling disinterest in or distaste for essential transit investments. At a time when transit ridership is falling in Los Angeles and around the country, America’s transit systems can’t afford to fall further behind.