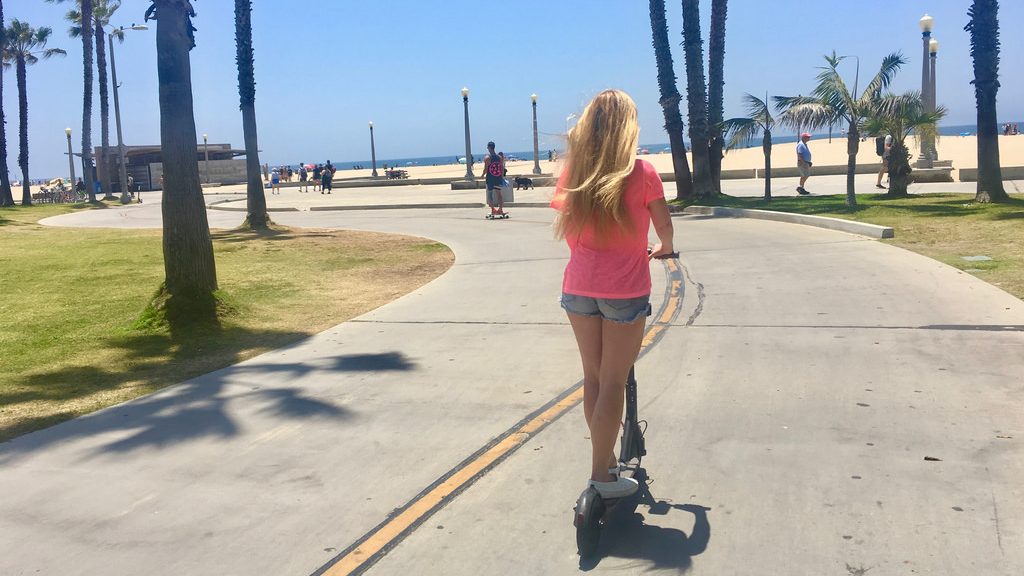 New microtransit services such as e-bikes and scooters have taken cities by storm, creating much-needed mobility options for short trips, climate-friendly alternatives to car travel, and significant backlash from some residents and politicians. In Santa Monica, California — one of the places most inundated with Bird and Lime scooters — the city seems poised to ban the new companies from operating and instead give exclusive contracts to microtransit services run by ridehailing giants Uber and Lyft.

As a transportation scholar and even more so as a former antitrust attorney, the Santa Monica proposal raises a number of red flags. Antitrust law protects competition, weighing the economic benefits of efficient integration against the potential economic harm, limiting consumer choice, and chilling innovation. The balance is delicate even for private companies, and enforcement agencies must always be wary that companies can gain enough power to exploit captive consumers and raise prices (just ask anyone how they feel about their city-sanctioned cable television and internet monopoly).

But when the efficient provision of mobility is viewed as a public service and not a private good, where do we draw that line? Santa Monica’s proposed pilot program in unlikely to raise formal antitrust concerns, as a local government has police power authority to balance many types of non-economic harm (e.g. physical or nuisance) in its regulatory decisions. Nonetheless, it still raises significant concerns regarding anti-competitive behavior, both in the short and long-term, that may stifle long due innovations in mobility.

Regulating (and limiting) scooters is firmly within a government’s rights and indeed its obligations, and smart regulations can go a long way to assuage concerns about the explosive growth of the technology seemingly overnight. Scooters can present significant public safety concerns if they are not properly maintained or left in dangerous places. Santa Monica and other cities are within their rights to enforce helmet requirements though added enforcement and the threat of permit revocation.

Thoughtfully-crafted regulations could benefit cities beyond short-term mobility improvements. Cities can require a range of policies to go along with an exclusive license to operate. They can set the standard for assigning the bulk of liability for accidents to private companies as a way to incentivize safety standards. Requiring companies to share public data on scooter usage could go a long way to advancing the “complete streets” model to meet the needs of all forms of travel, including improving pedestrian safety and addressing the growing conflict in curb allocation.

The question is why the City of Santa Monica feels that private mobility juggernauts like Uber and Lyft, which have yet to enter the market for dockless mobility in Southern California, can provide a better solution than Bird and the other startups that have already saturated the area.

Transportation innovation is needed to improve urban mobility and address an overdependence on automobiles. Bird and other scooter companies have introduced a new mode of transportation that has proved exceedingly popular, filling a crucial link in travel. Scooters have made significant leaps in the long struggle to solve the first/last mile conundrum that is often a major roadblock for transit usage and have provided a viable alternative for short car trips.

E-bikes and scooters also have the potential to disrupt the disruptors in the ridehail industry. Initial data suggests that the average Bird trip in San Francisco is a mile and a half, while around 30 percent of ridehail trips are under two miles. Furthermore, Uber has noted a reduction in ridehail trips among those who use their JUMP e-bike service, with the substitution especially pronounced during congested workday hours.

This direct competition between ridehailing and microtransit raises the stakes for anti-competitive market consolidation. One can foresee behavior that would ultimately raise prices and limit choices for consumers as well as stifle transportation innovation. And ridehail companies are already at an advantage over Bird and others, as they can alert and incentive their drivers to pick up scooters for charging and re-balancing.

More troublingly, the Santa Monica pilot program would reward companies with larger ridership (and therefore market share) with more market share by allowing them to expand their fleet. This setup would systematically eliminate competitors that begin with less of an advantage than the ridehail giants. Santa Monica is unintentionally creating a system where market share begets market share, a cycle that inevitably drives the scooter market to monopoly. And what if it’s in the economic interest of ridehail companies to drive scooters out of the market because they compete with shorter rides? Such anti-competitive behavior would not only limit but reverse a true transportation innovation.

In the long term, Santa Monica’s decision could undermine the policy focus on transportation “integration” to encourage transit ridership. Recent policy ideas push for technology that can seamlessly integrate first/last mile travel with traditional transit. Imagine a single app to locate and reserve a nearby scooter, coordinate that trip with an arriving train or bus, and even have a ridehail vehicle waiting for you when you disembark.

This is an exciting advance in mobility, but it involves complex dynamics of integrating public governance and private profit-seeking, and providers must carefully reconcile the public interest with incentives for private companies. Consumers would benefit most from a third-party app that used real-time data that allowed them to compare competing mobility providers, though it may be less risky for a city to pilot integrated mobility with stable, established companies such as Uber and Lyft. But what incentive would Uber or Lyft have in integrating competing private mobility services into an app?

It’s true that a multimodal Lyft or Uber can provide cheaper and more convenient services by leveraging their market power. But a slight advantage for consumers in cost or usability can quickly lead to a monopoly with serious negative consequences, and regulators should not assume that consumers will act against their immediate best interests just to maintain a competitive market. The aim of antitrust laws are to insulate consumers from the burden of preserving market competition and future innovation. It’s bad public policy to facilitate anti-competitive practices that could sacrifice long-term advances in the public interest.