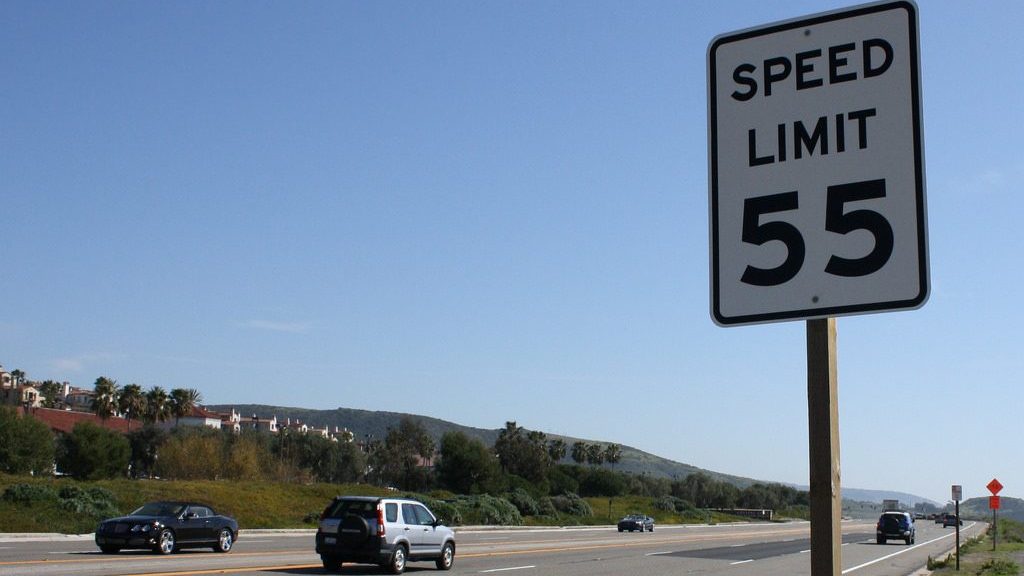 Research shows that as car speed increases, crashes become more frequent and more severe. A pedestrian’s chance of survival when hit by a vehicle is traveling at 20 mph is 90 percent — but drops to just 20 percent if the car is going 40.

So when the City of Los Angeles launched Vision Zero, a program to eliminate roadway fatalities by 2025, policymakers wanted to look at speed limits across the city, focusing on the streets with the highest rate of fatalities. In 2017, the City of LA updated the speed limits on more than 800 miles of streets. But to their dismay, city leaders found that they would have to increase the speed limit on more than 90 of those miles.

The rule, used by most states, assumes that drivers are reasonable, prudent, and will drive at a speed that is appropriate for a given street. To set the speed limit, traffic engineers conduct a survey measuring the speed of the vehicles on the road, and take the speed at or below which 85 percent of the vehicles travel.

Many urban planners have critiqued this methodology as biased toward rural settings and as logically flawed, arguing that it’s silly to set the speed limit based on driver behavior, instead of the other way around. The 85th percentile rule came under further scrutiny last summer, when the National Transportation Safety Board’s report on roadway safety in the United States specifically called it outdated.

I started to wonder about the effectiveness of the 85th percentile rule, especially in urban areas. First, I conducted a qualitative review of the two documents prescribing the methodology for setting speed limits in California – the California Vehicle Code (CVC) and the California Manual on Uniform Traffic Control Devices (CA MUTCD). Then, I used data from the City of LA to understand how the speed limit laws are applied and what limitations they pose on managing speed in urban environments.

I found that the CVC and the CA MUTCD do prioritize safety to a certain extent. For example, they acknowledge that extreme speeds are dangerous and that a speed limit can be reduced by 5 mph if a street has safety issues, residential density, and a history of bicycle and pedestrian collisions. However, it appears that these laws are designed more for allowing discretion in predominantly rural areas, since these laws treat urban characteristics like density and multimodal interactions as exceptions. Additionally, the policy has a reactive approach to safety, as it allows for speed limits to be reduced only after pedestrian and bicycle collisions occur, not simply when bicyclists and pedestrians are present.

In Los Angeles, I found that the current laws cause speed limits to be set based on limited data, and with great variance in the distribution of vehicle speeds. LA drivers have gradually increased their speed over time, and the state law doesn’t provide enough tools to respond to context with new limits. The discretionary 5 mph reduction is already applied to almost every speed limit, indicating that this tool is used more as an “urban reduction factor” rather than a reflection of exceptionally unsafe circumstances. If cities have to reduce all speed limits by 5 mph simply for being in an urban context, they are unable to further adjust the speed limits on streets where speeds are especially problematic for safety.

So what are the alternatives to the 85th percentile rule? In Oregon the state outlines a separate methodology for setting speed limits in urban areas, focusing more on safety rather than on operating speed. And countries such as Sweden and Australia employ the “harm-minimization method,” which sets the speed limit based on the maximum speed that would not result in a fatal injury on a given street based on its crash history.

California Assemblywoman Laura Friedman recently proposed a bill that would give traffic engineers more flexibility to round the 85th percentile speed up or down to the next 5 mph increment, instead of the nearest 5 mph increment as the law currently requires. While still in its preliminary stages, the bill has started a conversation about vehicle speed and the challenges that urban areas face under the current methodology. Changes that allow urban areas to better manage their roadway speeds would improve safety and quality of life for Californians.