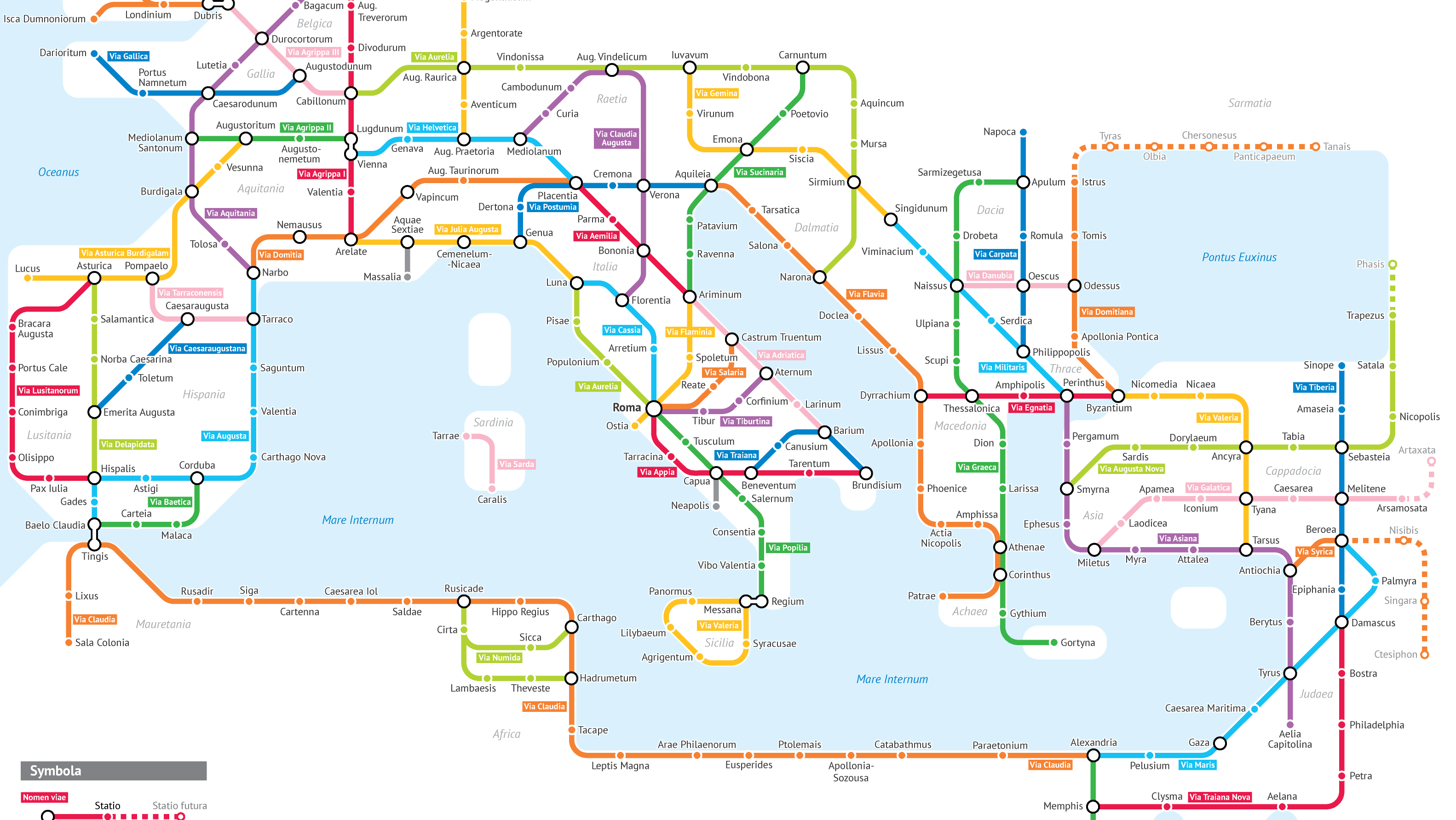 One does not simply walk into Mordor… Sure, but can you take transit instead? For April Fool’s Day, we take a look at some unique maps.

Los Angeles Metro recently released an updated version of their bus and rail map. It’s got some nice curvy lines, stylish font, and shows bus service from the other major transit agencies in the county. Given this new map, for April Fools’ Day we’ve explored other cool transit maps that exist only on the interwebs – maps for imaginary or abstract places and things!

LA Metro redesigned the bus and rail map with curves, more geography (Red Line going through 5 miles of mountains still omitted 🤔), line thickness per capacity, dotted lines for weekday/peak only routes, and has the appearance of a functional system. pic.twitter.com/4MH57eauCh

Boromir’s legendary words — one does not simply walk into Mordor — have taken on new meanings in this map. Christian Tate’s map, commissioned for an article by Empire Magazine, describes the many ways the Lord of the Rings characters traversed Middle Earth to reach Mordor. The illustrations are clean and beautiful, and sure to delight any LOTR fans. We especially like this map’s use of landmarks — noting when characters died, traveled by eagles, or battled. However, we can’t decide whether the geographic scale is accurate… 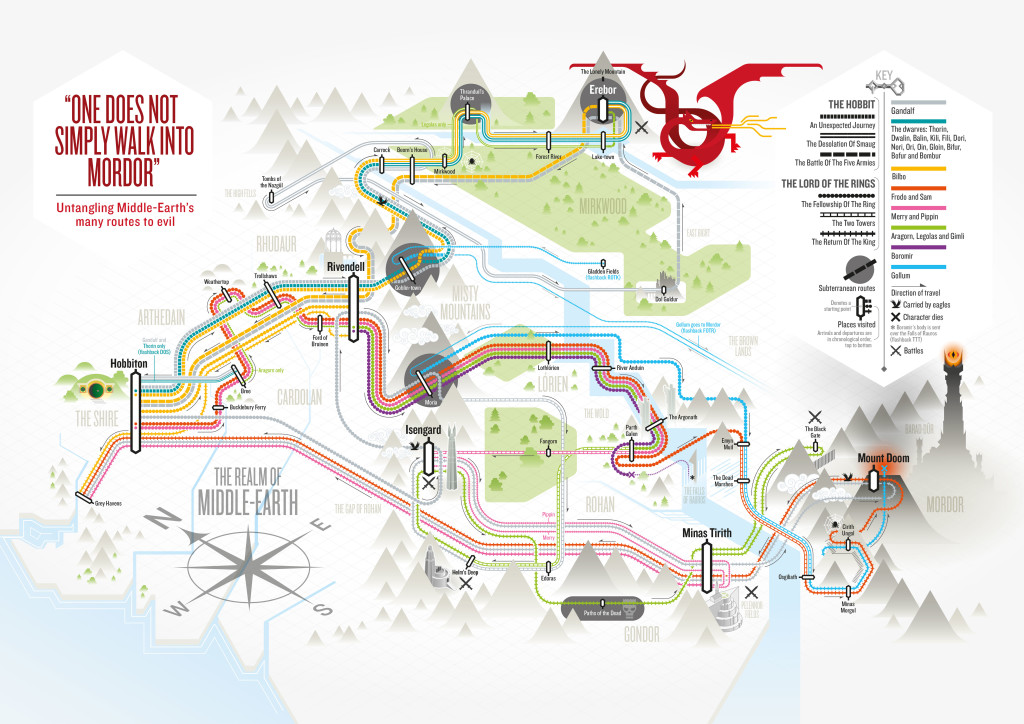 This next map charts the courses of different cultures’ gift-givers come holiday time. You can check out the routes of Santa Claus, The Three Kings, La Befana, Grandfather Frost, and many more. We like this map’s illustration of how different cultures are connected to one another, and how so many different countries have a version of wintertime gift-giving. Geographic scale could be improved in this one, but it’s still nice to trace the different routes across the world. Looking at this map, we can also see some imperialist legacies of colonization on culture; France’s Père Noël is busy leaving gifts in many of the former French colonies such as Egypt, Vietnam, Canada, Haiti. 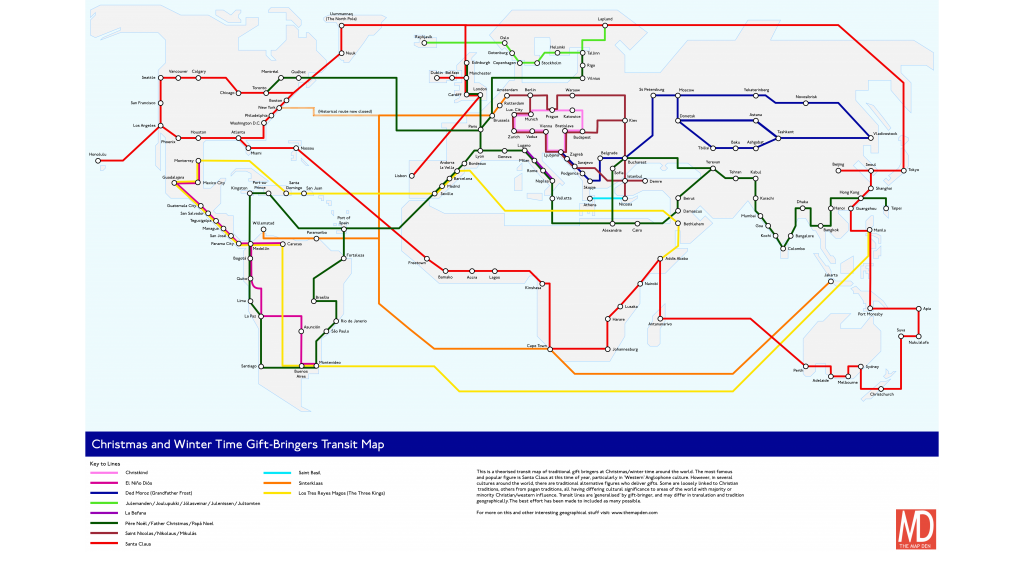 All Roads Lead to Rome

Even though subways weren’t around in Ancient Roman times, our next map beautifully illustrates what would have happened if they were. The Roman Empire is known for its expansive road system, totaling 250,000 miles with 50,000 miles of them stone-paved. This map connects all roads together, grouping certain segments and presenting them as subway routes. While the map remains anonymous (thanks Reddit/MapPorn!), we appreciate the details. Why certain lines are grouped together remains a mystery to us; however, we can get a really good sense of the network and scale of roadways that were built during the course of the empire. 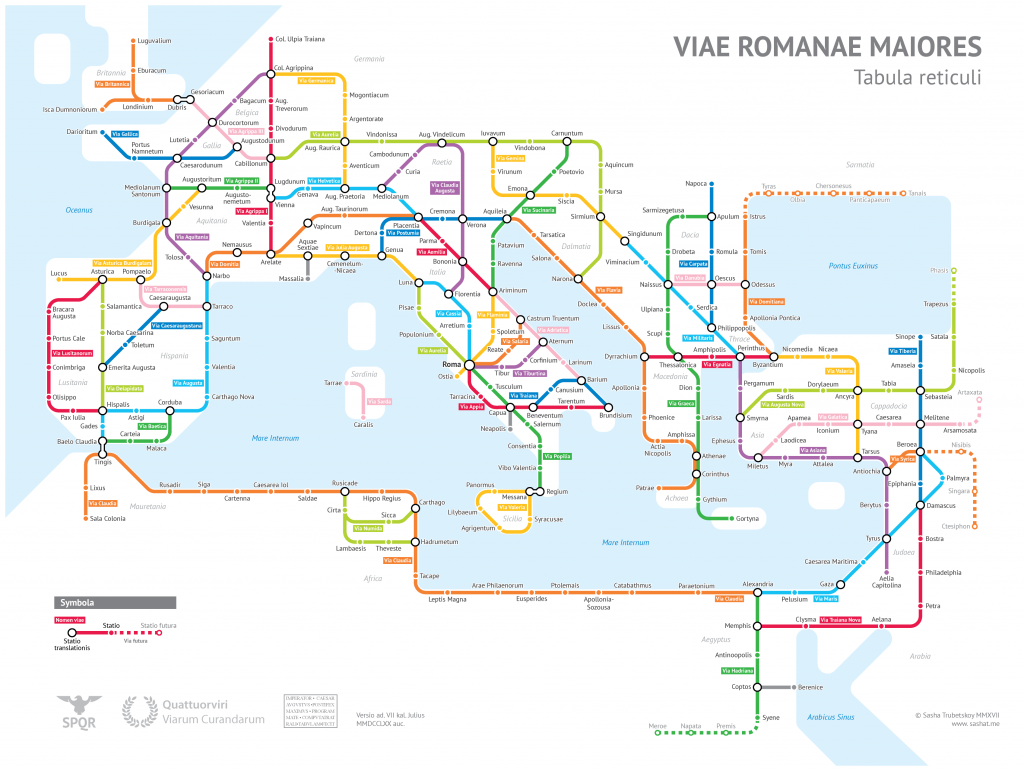 The Hip Bone’s Connected to the…

And now a map everyone travels through each day. Created by illustrator Sam Loman, this map details the many different systems within our body, and some of the key organs and body parts they serve. Of note is the different sizes of the stations, depending on how many lines run through them. The heart is the biggest, serving the arterial, central nervous system, venous, respiratory, digestive, and musculetal lines. This is a super useful map for any students trying to memorize how the duodenum interacts with other organs as part of the digestive system! 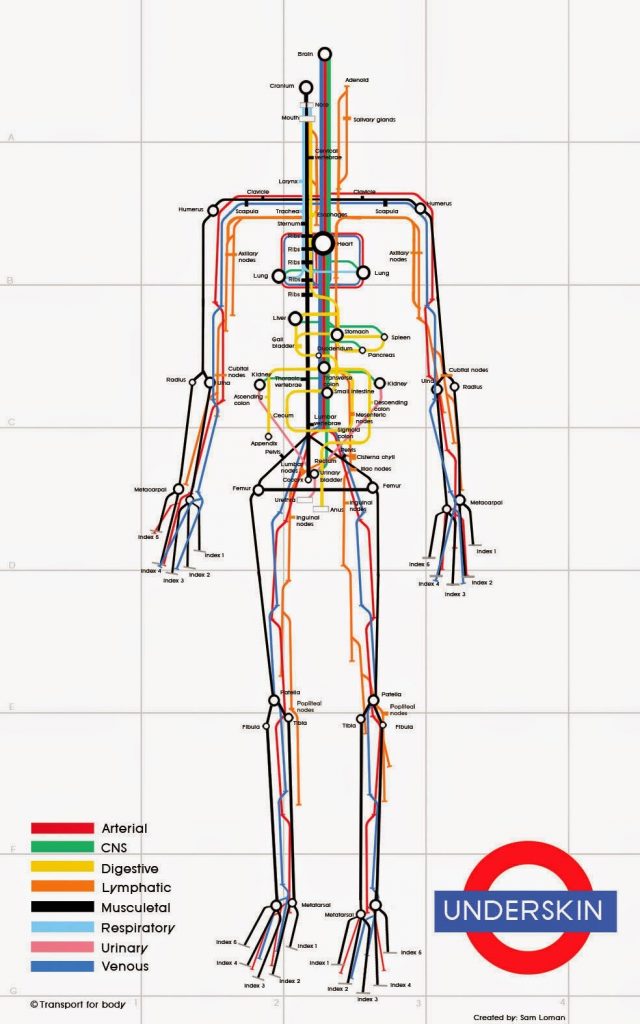 These maps are cool, but do you have research, class project, or idea that we should highlight? Students, faculty, and staff in the Pacific Southwest Region University Transportation Center are always welcome to submit blog posts for The Circulator. Drop us a note at: editor@transfersmagazine.org.