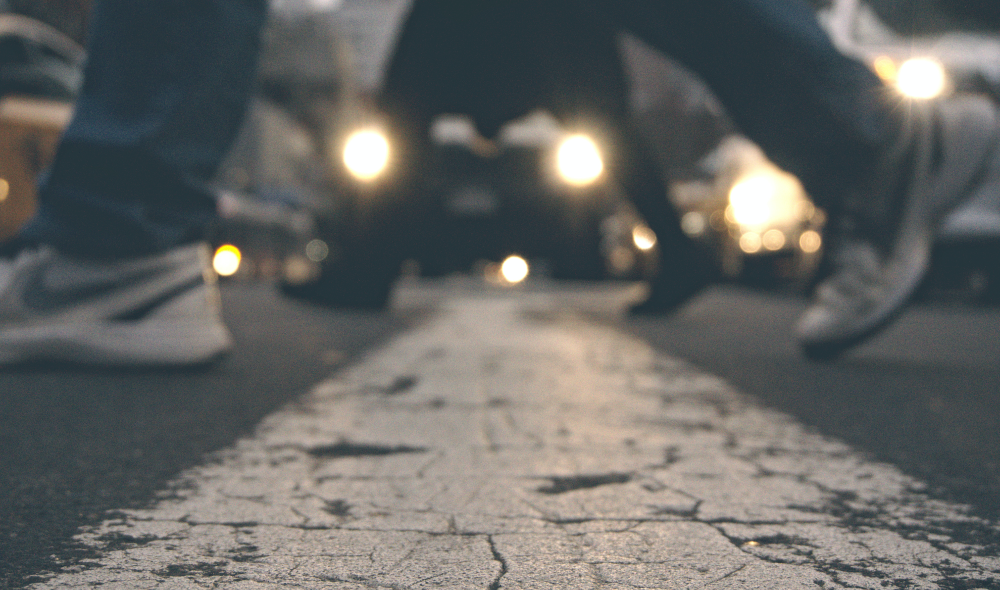 On a typical day, 100 Americans lose their lives in car crashes. That is like a commercial airplane falling out of the sky every other day. Yet crashes have not generated sustained outrage and society doesn’t treat them as a public health crisis. The way the media covers crashes is partly to blame for this muted response. Fortunately, simple changes to newsroom editorial practices could increase public support for road safety and help save lives.

My evidence comes from two studies: one examined how journalists report and write about crashes, while the other examined if, and to what extent, coverage mattered — if it influenced the way people thought. The first study reviewed 200 local news stories from across the United States that described a car crash involving a person walking or biking. The second study was an experiment. We took a group of people and randomly assigned them to read one of three slightly different descriptions of the same crash. Some people read typical coverage, while others read a revised text where the driver — not the pedestrian or the vehicle — was the focus. The third group read coverage that provided more context about the crash location, and also provided broader statistics about traffic safety in the area. We then asked each person questions about the crash, to see if these minor editorial changes affected their perceptions of it.

First, the news coverage. We found that it had two key shortcomings:  It tended to blame the victim through subtle grammatical choices, and it treated crashes as isolated incidents, rather than a recurring, systematic problem. 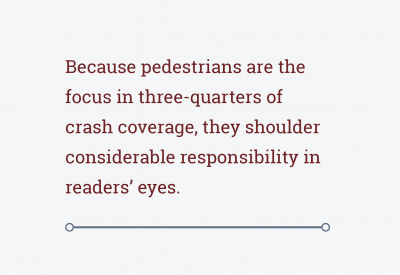 First, they focus on the pedestrian, making them the star of the show. This feels like a nice gesture toward the victim, but linguistics scholars have documented that the sentence’s focus tends to garner more blame. Because pedestrians are the focus in three-quarters of crash coverage, they shoulder considerable responsibility in readers’ eyes.

Second, both sentences use the passive voice to play tricks with agency. Writing “A pedestrian was hit” omits an agent altogether. The crash just happened to the pedestrian. No one caused it. And if no one caused it, no one is accountable. There’s a reason people sometimes call this type of passive voice the exonerative tense — it’s how people talk when they need to acknowledge something bad happened, but would rather not dive too far into why. Fully one-third of the crash coverage we examined omitted an agent.

Third, the coverage blames the victim by using object-based language. Journalists were four times more likely to grant agency to vehicles than to drivers, despite the fact that autonomous technology is exceedingly rare. Journalists should report that a driver, not a car, hit a pedestrian. Some people may cringe at this formation, but it really isn’t unusual. No one says “a gun shot a person.” We say “someone shot a person with a gun.” If they are really worried about being misunderstood, journalists could write “a driver hit a pedestrian with their car.”

In addition to victim-blaming, coverage of collisions usually lacks context. Most articles treat crashes as isolated incidents, and in doing so they obscure common factors that make crashes more likely. Reporters rarely tell readers, for example, about vehicle speeds, the availability of crosswalks, or whether crashes are typical at that location or locations like it. 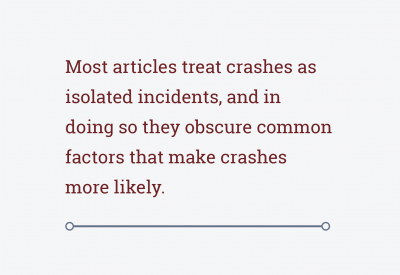 Now to the question of whether coverage matters. Our review showed the coverage was biased. But can we say this bias actually affects the way news consumers think? Yes — as a result of the experiment mentioned above, where one group read typical coverage, a second read a driver-focused text, and a third read coverage that contextualized the crash.

Given these results, I implore journalists to alter their editorial practices. An easy-to-implement — albeit incomplete — fix is to shift focus away from the pedestrian and focus instead on the driver. A more complete overhaul would require journalists to connect the dots between seemingly isolated crashes. In particular, journalists should describe crash settings, include local and national data on crashes, and mention safety measures that the city or state has implemented or is considering. Time permitting, journalists should consider contacting local transportation, planning, or public health experts to provide further context.

I recognize that these recommendations constitute just one more demand on already overstretched journalists. But they are also straightforward. Practitioners can help by proactively contacting journalists and making themselves available for quotes whenever a crash occurs. Advocates can bring these suggestions to the attention of local journalists and hold them accountable. Revising crash coverage can shift perceptions, and shifting perceptions can save lives.

Kelcie Ralph is an assistant professor at the Bloustein School of Planning and Public Policy at Rutgers University.